Russian third seed Maria Sharapova has qualified for the Internazionali BNL d'Italia decider with a 7-5 6-3 win over Australia-based Daria Gavrilova. 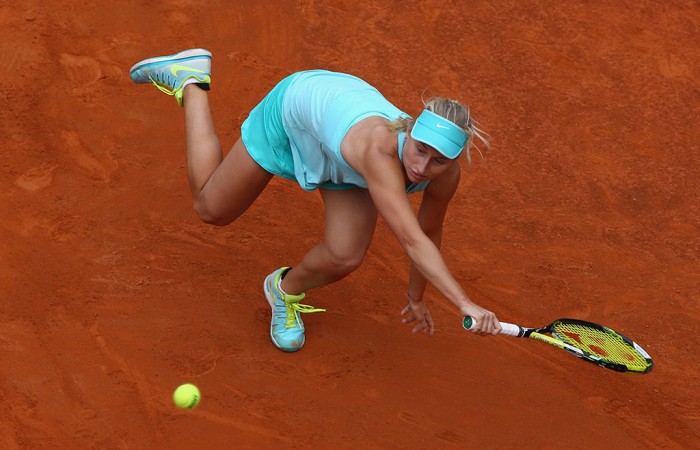 Russian third seed Maria Sharapova has qualified for the Internazionali BNL d’Italia decider with a 7-5 6-3 win over Australia-based Daria Gavrilova.

She will face Spanish 10th seed Carla Suarez Navarro, who kept herself in contention for only her second career WTA title by squeezing past Simona Halep of Romania 2-6 6-3 7-5 and into the final on Saturday.

Sharapova warned: “I think she (Suarez) loves the surface, she grew up on the clay. I beat her the last couple of times but I have had losses against her so I know what a difficult player she can be.

“She seems like she’s playing with a lot of confidence, she’s very dangerous and has one of the best one-hand backhands on the women’s tour.

“It will be a tough final.”

Suarez, whose only tournament win to date was at Oeiras in 2014, defeated both Jelena Jankovic of Serbia and Czech fourth seed Petra Kvitova on her way to a last-four match-up with second-seeded Halep.

Sharapova came through a tough first set against Gavrilova, breaking serve in the 12th game to snare it thanks to a winning drop shot.

Gavriloav drew big cheers when she scored her first service break of the match in the third game of the second set.

Yet a forcing backhand from Sharapova helped the Russian break back and level the set at 3-3.

Sharapova then reeled off three straight games to close out victory in one hour and 48 minutes.