An injured Jarmila Gajdosova will pull out of next week's Strasbourg International so she can focus on preparing for the French Open. 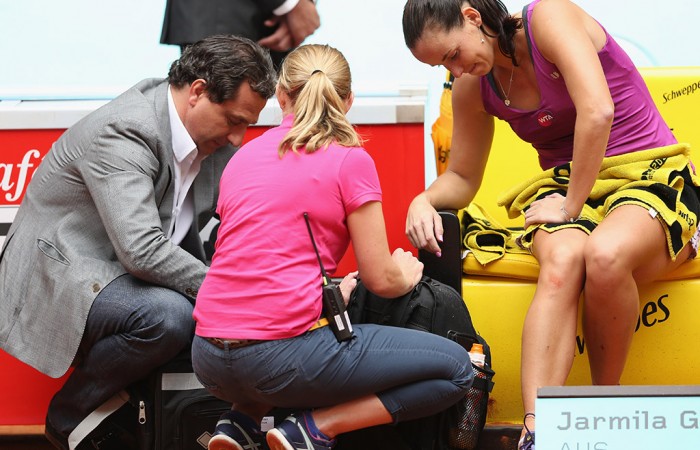 An injured Jarmila Gajdosova will pull out of next week’s Strasbourg International so she can focus on preparing for the French Open.

Gajdosova retired from her Italian Open second-round clash with world No.3 Maria Sharapova on Tuesday, when she was trailing 6-2 3-1.

The 28-year-old Australian later revealed she’s been battling a shoulder injury and also been struggling since last week after suffering an illness.

“I tried and again I wanted to compete and at least try for a while but my shoulder wouldn’t let me and I was in pain the whole match,” she tweeted.

Gajdosova said she would withdraw from what would have been her final event before heading to Paris for the second major of 2015.

“I am very sad to announce I had to pull out of Strasbourg as well,” she wrote.

“My main priority right now is to get healthy and my shoulder better and be as fit and as prepared for French Open as I can be.”

Sharapova will meet either Serbia’s Bojana Jovanovski or American Madison Keys in the third round in Rome as she chases a a third Italian Open title.