Jarmila Gajdosova has come through an epic first-round encounter at the Rome Masters to set up a centre court showdown with Maria Sharapova. 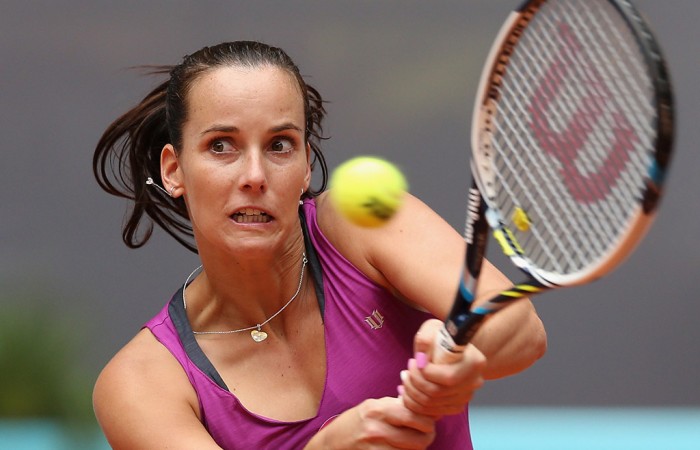 Jarmila Gajdosova has come through an epic first-round encounter at the Rome Masters to set up a centre court showdown with Maria Sharapova.

The victory sees her progress to a second-round meeting with No.3 seed Sharapova, a match scheduled for Tuesday’s evening session on Centrale court.

Other Aussies in singles action on Tuesday will be Nick Kyrgios, Bernard Tomic, Casey Dellacqua and Daria Gavrilova.

Meanwhile, Sam Stosur’s preparation for Roland Garros has hit a hurdle after she was eliminated in the first round of the Italian Open by Russian world No.39 Anastasia Pavlyuchenkova.

Stosur, who had reached the third round last week in Madrid before falling to Svetlana Kuznetsova, dropped the match to Pavlyuchenkova in straight sets 6-4 7-5 in just over 90 minutes.

Despite serving 10 aces to no double faults, landing 75 per cent of her first serves and winning more than 70 per cent of those points, Stosur was still unable to subdue the streaking Russian.

Pavlyuchenkova now has a meeting with Serena Williams in the second round, after the world No.1 had a bye to open the tournament.

Stosur will most likely head straight to Roland Garros to get used to the courts ahead of the French Open.