Casey Dellacqua has added to her impressive doubles resume with victory alongside Yaroslava Shvedova at the Mutua Madrid Open on Saturday. 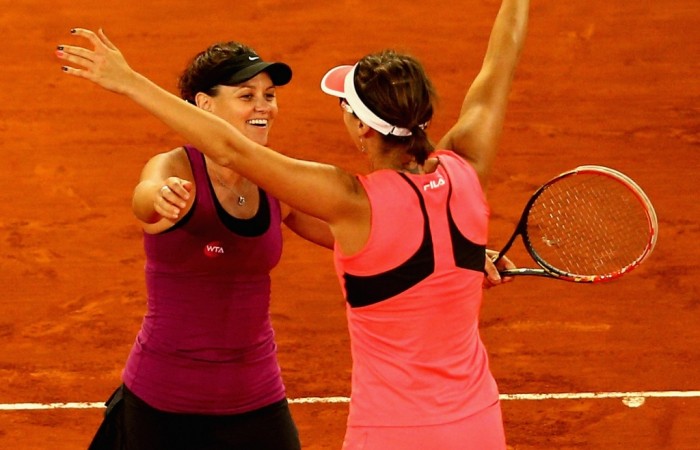 Casey Dellacqua has added to her impressive doubles resume with victory at the Mutua Madrid Open on Saturday.

It is the fourth WTA doubles title of the Aussie’s career, and by far the biggest, being the first at Premier level.

She also won the Roland Garros mixed doubles title in 2011 and has reached four Grand Slam women’s doubles finals, including three in 2013 with Ashleigh Barty.

Remarkably, it was Dellacqua and Shvedova’s first time playing together.

“It’s a great start. I thought our games would really complement each other well and I really like hanging out with her; she’s really relaxed and easy going and that makes a really good team,” Dellacqua said.

“We’ve had a really good week and enjoyed every match and picked each other up, so it’s been great.”

En route to the title in Madrid, the duo beat three seeded teams, including seventh seeds Bethanie Mattek-Sands and Lucie Safarova – the Australian Open 2015 champions – in the semifinals.

In the final, they let slip match points in the second set yet recovered in the decisive match tiebreak.

“We just put all our disappointment away,” Dellacqua said of the initial missed opportunity.

“We just had to be positive, and we were, and we just worked hard for every point and worked together as a team, and I think that probably made the difference in the end.”

Dellacqua and Shvedova plan to combine again next week in Rome, and at Roland Garros beginning 24 May.