Casey Dellacqua has beaten 2010 French Open champion Francesca Schiavone to reach the second round of the Madrid Open. 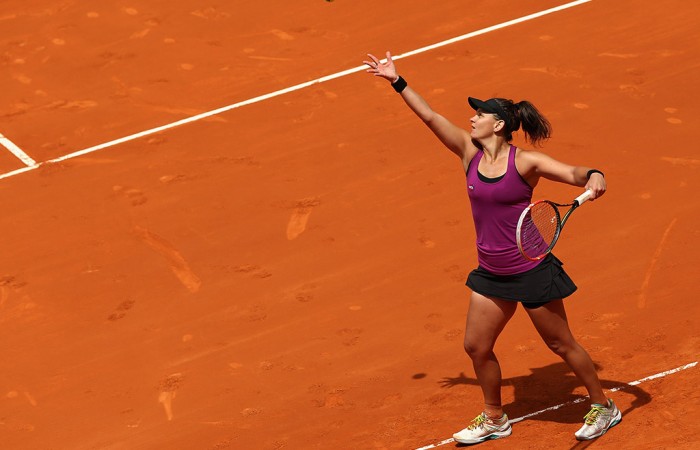 Casey Dellacqua has beaten 2010 French Open champion Francesca Schiavone to reach the second round of the Madrid Open, while world No.7 Ana Ivanovic survived a scare.

Dellacqua dumped Schiavone out of the tournament with a 6-4 7-6(5) win to kickstart her own French Open preparations.

The Australian top 50 star will next face No.9 seed Agnieszka Radwanska, who overcame Spaniard Lara Arruabarrena.

Ivanovic fought back from a set down to also move into the second round on Sunday after Alexandra Dulgheru retired when trailing 4-0 in the decider.

The Romanian wildcard shocked Eugenie Bouchard on Fed Cup duty last month and looked on course to produce another upset as she eased through the first set 6-2 and then broke the Serbian to serve for the match at 6-5 in the second.

However, Ivanovic broke straight back and then romped through the tie-break 7-1 to force a deciding set.

Dulgheru withdrew after Ivanovic took a commanding 4-0 lead in the third set.

Eighth seed Ekaterina Makarova was a high-profile exit, though, as she was routed by fellow Russian Svetlana Kuvenetsova 6-2 6-1.