Australian Nick Kyrgios has breezed past Serbia's Filip Krajinovic to set up a quarterfinal showdown with Dutch giant killer Robin Haase at the Estoril Open. 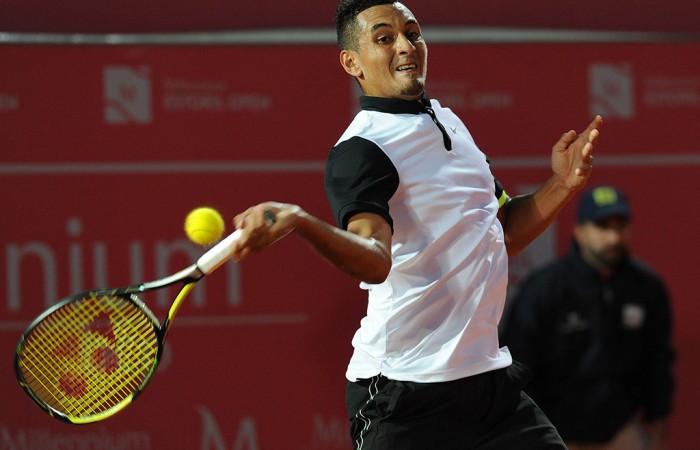 Australian Nick Kyrgios has breezed past Serbia’s Filip Krajinovic to set up a quarterfinal showdown with Dutch giant killer Robin Haase at the Estoril Open.

It took Kyrgios just an hour and ten minutes to dispatch with his world No.104-ranked opponent

It leaves the seventh-seeded Aussie as the highest-seeded player in his half of the draw, following Haase’s stunning comeback against world No.12 Feliciano Lopez on Wednesday.

Lopez was motoring to what was looking like a routine straight-sets winning start when the wheels came off his game.

He was broken twice while serving for victory in the second set, with the 101st-ranked Haase taking the set into a tiebreaker and levelling at a set each on the first of four set points.

Lopez previous superiority disappeared, and he was unable to regain the initiative; he has now lost to the Dutchman in all three of their ATP meetings on clay.

Lopez was broken in the first game of the third set and was never able to close the gap on his inspired opponent, who moved into his first quarterfinal since last July in Gstaad.

“There will be days when do all the right things and you lose anyway. I was very unlucky today. But I have to forget about this match and look ahead to the next week.”