Thanasi Kokkinakis has qualified for the main draw of the ATP Istanbul Open following his third straight win on the Turkish clay. 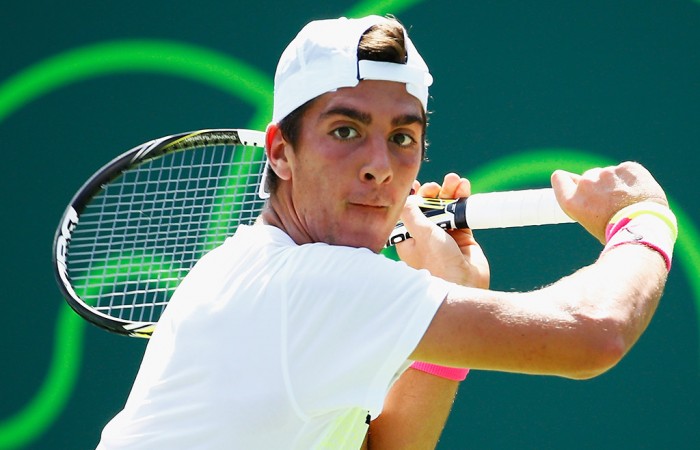 Thanasi Kokkinakis has qualified for the main draw of the ATP Istanbul Open in Turkey.

Earlier in the qualifying event, Kokkinakis had beaten two opponents in straight sets to reach the final round.

It is the fourth ATP main draw that the South Australian has qualified for in 2015 – he also did so in Memphis, Delray Beach and Acapulco – and takes his season win-loss record to 18-7.

He will line up against Serb Dusan Lajovic in the first round of the main draw; they are scheduled to play their match on Tuesday.

The ATP 250 event is headlined by top seed and world No.2 Roger Federer.

At the WTA event in Marrakech, Victorian Olivia Rogowska came close to matching Kokkinakis’s feat, yet fell at the final hurdle.

Having won two matches in the qualifying draw, Rogowska lost 6-4 6-4 in the final round to world No.86 Alison Van Uytvanck of Belgium.