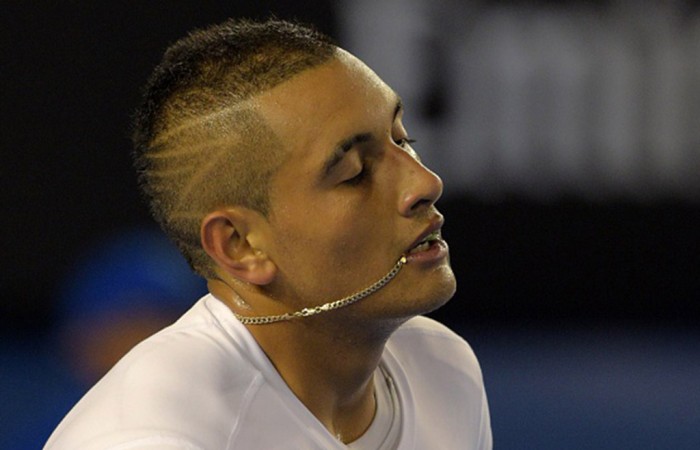 The 44th-ranked Kyrgios, who has been sidelined with an ankle complaint since his second round loss to Grigor Dimitrov at the Indian Wells Masters a month ago, blew multiple chances to overcome his 19-year-old opponent before going down 2-6 7-5 7-6(7) in just under two-and-a-half hours on Wednesday.

The 19-year-old 16th seed, playing in his first ATP Tour event as a seeded player, jumped out of the blocks to breeze through the first set in typically cavalier fashion before losing a tightly-contested second set 7-5.

The Wimbledon and Australian Open quarterfinalist then raced out to a 3-0 lead in the deciding set only to seize up as his less experienced rival took the ascendancy.

Having forced the tiebreak, Ymer then capitalised to hold a mini break at 5-4, only to lose both points on his own serve, allowing Kyrgios to serve for the match.

Kyrgios was broken himself, however, and Ymer was able to advance to the third round, where he will face third seed David Ferrer.