Australia's Marinko Matosevic has fallen in the opening round of the ATP Barcelona Open in Spain to Marcel Granollers. 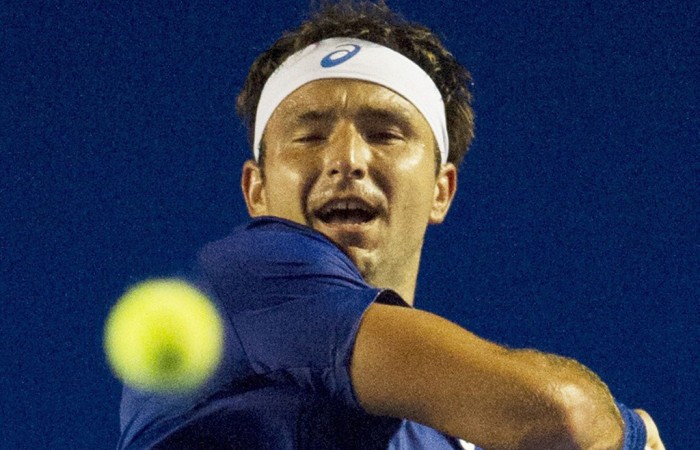 Australia’s Marinko Matosevic has fallen in the opening round of the ATP Barcelona Open in Spain.

The 81st-ranked Matosevic fell 6-2 6-3 to local hope Marcel Granollersin one hour and 28 minutes.

Granollers next faces No.6 seed Jo-Wilfried Tsonga of France.

This was the pair’s second meeting in 2015 after Matosevic won their clash in Acapulco in February in straight sets.

Yet on Monday in Barcelona, he struggled on serve throughout this encounter on the red clay, winning less than half his first-serve points and even fewer on his second delivery.

Nick Kyrgios, the tournament’s 16th seed who received a first-round bye, is the only other Aussie remaining in the draw.