"Tennis makes you fit, you get to play tournaments but most of all you get to have a good time with your friends." 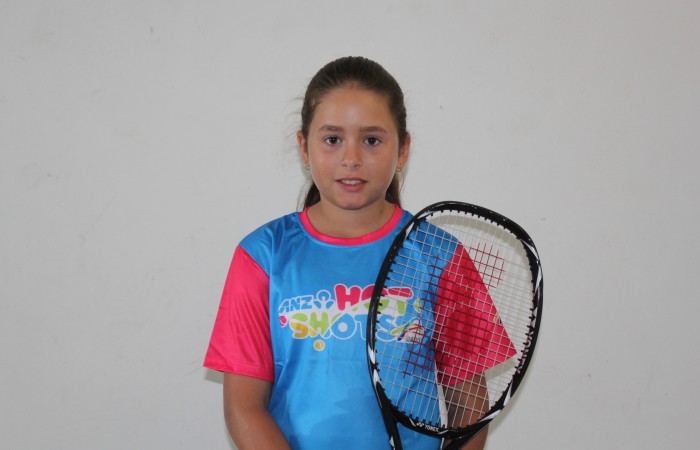 Sasha-May Flegler of Euramo, Queensland will join the world’s biggest tennis stars at Australian Open 2016 after being selected as an ANZ Tennis Hot Shot of the Year nominee.

As a nominee Sasha-May will receive a money-can’t-buy VIP trip to Australian Open 2016 as well as an ANZ Tennis Hot Shots equipment pack, including a mini net, racquets and balls.

“Tennis makes you fit, you get to play tournaments but most of all you get to have a good time with your friends,” she said.

“I like playing tennis with anyone, especially Gran, my coach and everyone in my green ball group.”

The nine-year-old is looking forward to watching tennis at Rod Laver Arena.

“I feel very excited and happy. I can’t believe I am going to the Australian Open because my grandma has been promising to take me there for a couple of years.

“I like watching tennis on TV so I think watching the players live will be excellent. Going to Rod Laver Arena will be awesome,” she added.

In January, Sasha-May will join 11 nominees at Melbourne Park where the ANZ Tennis Hot Shot of the Year will be selected at an official awards night, as well as go behind-the-scenes at the tournament and play on the same courts as the world’s best.