Matthew Barton has won his 17th straight match on the Australian Pro Tour after proving too strong for his doubles partner and German third seed Peter Torebko, reaching the Mornington final. 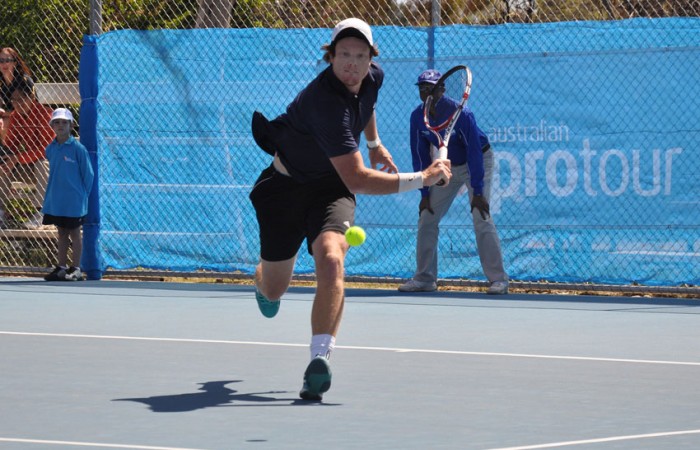 Sydney’s Matthew Barton has won his 17th straight match on the Australian Pro Tour after proving too strong for his doubles partner and German third seed Peter Torebko, dispatching him in straight sets, 6-4 6-4, to reach the final of the 2015 Mornington Peninsula Men’s Tennis International.

The fifth seed – who came through qualifying as a wildcard this week after making a late decision to enter the tournament – will now meet unseeded Jose (Rubin) Statham after the Melbourne-based Kiwi outgunned top seed Alex Bolt from South Australia 6-4 7-6(4) on Saturday to book a place in his second consecutive Pro Tour final.

Barton, now 23, has not looked back since recovering from serious knee problems and has now amassed an impressive 26-3 win-loss record during his Pro Tour campaign including singles titles at the Nyrstar Port Pirie International and the Mildura Grand International last month.

Should he be successful in the final, Barton will be able to count titles on three different surfaces among that haul.

Asked which part of his game he’s been most pleased with during his recent resurgence, Barton mentioned his backhand. “That’s kind of the thing which has really improved for me,” he said. “I feel like it’s right there with my serve and forehand now.”

The final will take place at Mornington Tennis Club at 11am on Sunday.