Sally Peers and fellow Melburnian Zoe Hives have set up an all-local final at the 2015 Melbourne Park Women’s International. 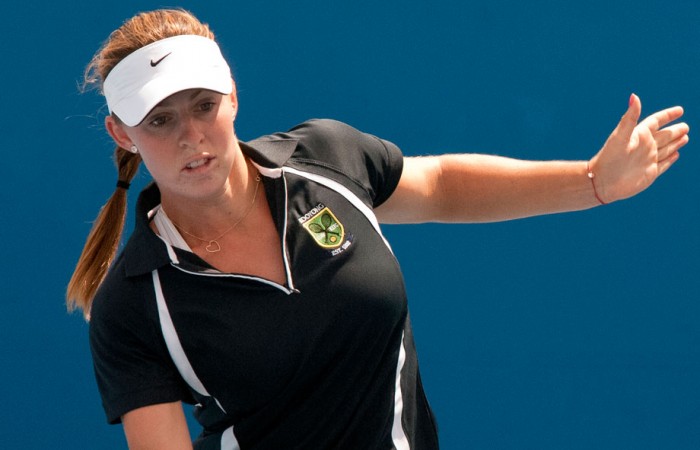 Sally Peers has won the battle of the locals, charging into the final of the 2015 Melbourne Park Women’s International with a 6-3 6-2 victory over 15-year-old fellow Melburnian Jaimee Fourlis.

Both players were impressive this week – each coming through qualifying to reach Saturday’s semifinal – but the strength and experience of Peers, now 23, proved a little too much for the young teen.

“I’m very confident on court at the moment which is a nice feeling to have,” Peers said after the win. “I feel like I’m playing some really good tennis and it’s nice to put a few matches in a row together.”

She will now face another Victorian in 18-year-old Zoe Hives, who raced out to a 5-0 lead against Sherazad Reix, before the third-seeded Frenchwoman was forced to retire.

Hoping to add to her two previous ITF titles – which both came in Ipswich in 2010 and 2011 – Peers said, “It’s been a few years since I last played in a final, but over the week I feel I’ve drawn on that experience and used it to my advantage.”

An all-surface player, Peers does have a leaning towards clay and feels it will stand her in good stead in Sunday’s final against Hives. “Growing up in Melbourne I’ve played a lot on clay so I feel really confident on it,” she said.

The former world No.145 will need to be at her very best though, with Hives hitting a patch of great form lately, including a run to the semifinal in Mildura.

“Zoe is playing really well,” Peers said. “Our matches have been really long in the past and we know what to expect from each other.”

Hives will be looking to win her maiden title.