Young Australian tennis star Nick Kyrgios could be sidelined for up to a month following an ankle injury sustained at the BNP Paribas Open at Indian Wells. 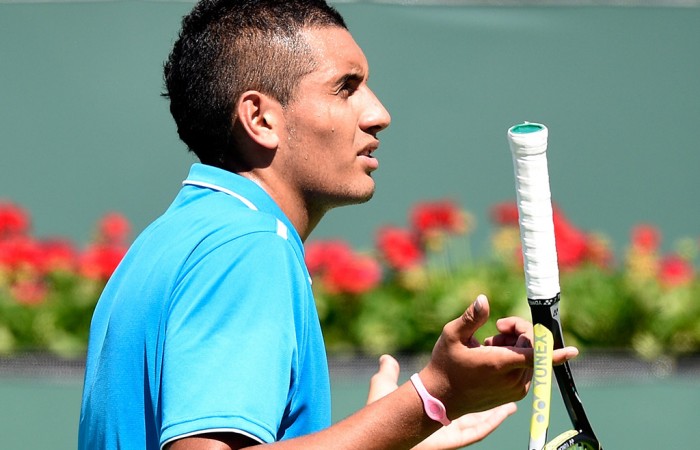 Young Australian tennis star Nick Kyrgios has revealed he’ll be sidelined for up to a month with an ankle injury.

Kyrgios rolled his ankle late in his second round loss to Grigor Dimitrov at the Indian Wells Masters on Sunday.

On Monday he acknowledged he is no chance of playing in the Miami Open starting on 24 March.

“Bad news guys, I have damaged ligaments in my foot & will be out for at least 2-4 weeks which means no Miami for me this year,” he tweeted.

It continues an injury blighted season for the gifted 19-year-old.

His clash with Dimitrov was only his second match back after suffering a back injury at the Australian Open in January.