Simon Rea, having now worked with Sam Stosur for eight months, sat down with samstosur.com to discuss his experiences working with the 2011 US Open champion. 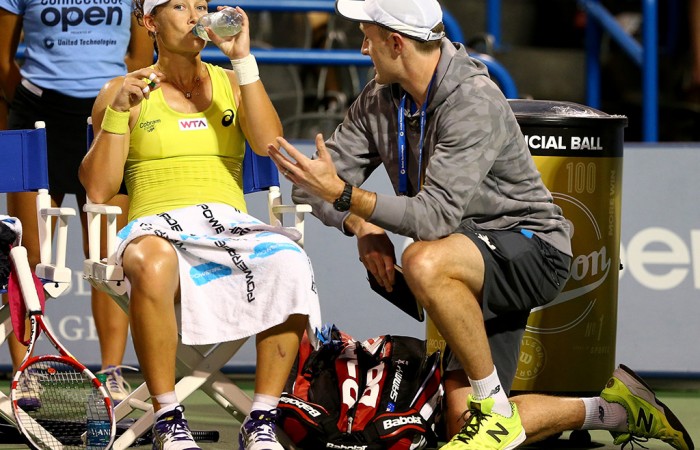 Having now worked with Sam Stosur for eight months, coach Simon Rea has been impressed with the 2011 US Open champion’s dedication to the sport and is thrilled to be working with a player so diligent and attentive.

With similar views as to how best to approach the game, Rea and Stosur are gelling, and the New Zealand-born, Melbourne-based coach believes big things could still lie ahead for Australia’s top-ranked player.

He chatted with samstosur.com before jetting off to Indian Wells.

What was the focus of your time working together in Australia ahead of your trip to the US for Indian Wells and Miami?

I hadn‘t seen Sam since the Australian Open. Obviously in the interim she’d had Fed Cup and a couple of weeks in the Middle East. Sam came to Melbourne from Monday to Wednesday (early March) and I guess the initial focus was just to have a chat again and catch up, and I guess compare notes and thoughts on where we both saw her tennis being at off the back of Fed Cup, Dubai and Doha. The really positive thing from my end, and I’m sure Sam would agree, was that we saw the same things, so whether it was identification of things that were going well – and there are a few things that she’s really happy with – or a couple of areas that are important to her that we’d both like to improve on, we were both on the same page, so that was a real positive for the start to the week.

Read the full interview at samstosur.com