Bernard Tomic has been eliminated in the quarterfinals of the Memphis Open by American Donald Young, falling in a three-set thriller on Friday. 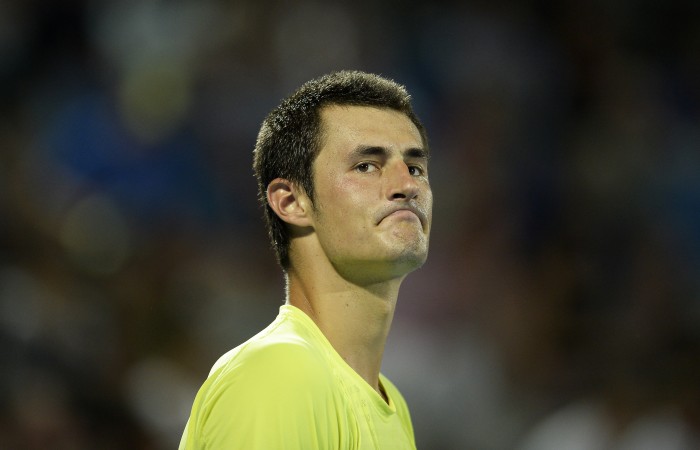 Bernard Tomic has been eliminated in the quarterfinals of the Memphis Open by American Donald Young.

One of five Americans in the last eight at The Racquet Club, Young struggled with four double faults in the second set.

He bounced back by saving three of four break points in the third set to advance to the semifinals in Memphis for the first time.

He will next play No.2 seed Kevin Anderson of South Africa, who was a 6-4 6-4 winner over sixth-seeded Steve Johnson.

Kei Nishikori of Japan, the two-time defending champ, plays Austin Krajicek on Friday night followed by No.3 seed John Isner and Sam Querrey in the other quarterfinals.

With the win, Young reached the fourth ATP Tour semifinal of his career as he looks for his first tournament title.

“Anytime you make it to the weekend, you are playing well,” Young said. “It hasn’t happened too often in my career, so when it happens I am very excited.”

Anderson needed only 65 minutes to defeat Johnson. The South African served up 16 aces and won 32 of 36 points on his first serve.

Johnson struggled with three double faults and missed his chance to break Anderson in the 10th game of the second set.