Alex Bolt's run to the final of the McDonald's Burnie International has seen the 22-year-old soar to a career-high ranking, and on the verge of an Australian top 10 ranking. 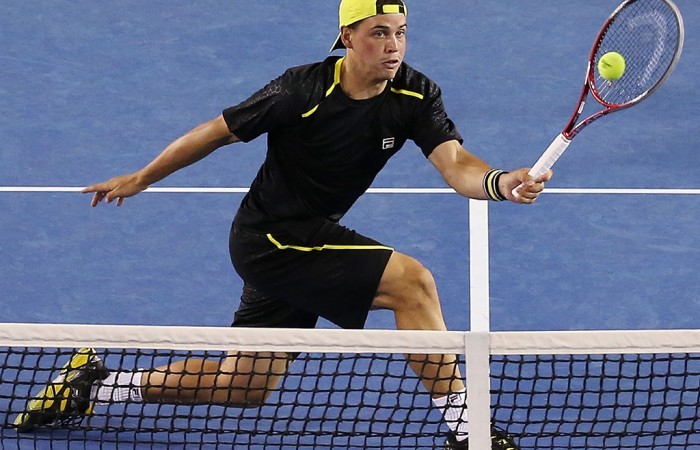 Alex Bolt’s run to the final of the McDonald’s Burnie International has seen the 22-year-old soar to a career-high ranking.

The left-hander from South Australia jumped 23 places to world No.168, just two places behind Luke Saville, currently the Australian No.10.

Bolt is one of 12 Australians ranked inside the world’s top 200.

Mitchell vaulted 25 spots to 233rd, edging closer to his career-high ranking of No.209 set back in 2012; the improvement comes following his semifinal finish in Burnie, where he fell to Bolt in a third-set tiebreak.

Ebden continues to make his way back from an injury and illness-marred 2014 season, rising 22 places to world No.291 thanks to reaching the Burnie quarterfinals.

There, he was stopped by Barton, who following his semifinal run has risen 78 rungs on the rankings ladder; the 23-year-old Sydneysider now sits at 531st in the world.

Barton fell in the final round of Burnie qualifying but taking advantage of a lucky loser entry, he ousted Saville, former junior Grand Slam champion Brydan Klein and former world No.61 Ebden en route to the last four.

On the women’s side, Burnie also laid the foundation for impressive rankings rises for Alison Bai and Viktorija Rajicic.

Bai shot up 70 places to world No.405 after reaching the quarterfinals as a qualifier, and now stands within striking distance of her career-best mark of 397th, a ranking she reached more than four years ago.

Rajicic jumped almost 100 spots to world No.588 when she progressed to the second round of the Burnie event as a qualifier.