As Marinko Matosevic became a first round casualty at the ATP Memphis Open in Tennessee, it was good news for emerging Aussie star Thanasi Kokkinakis, who made his way through qualifying. 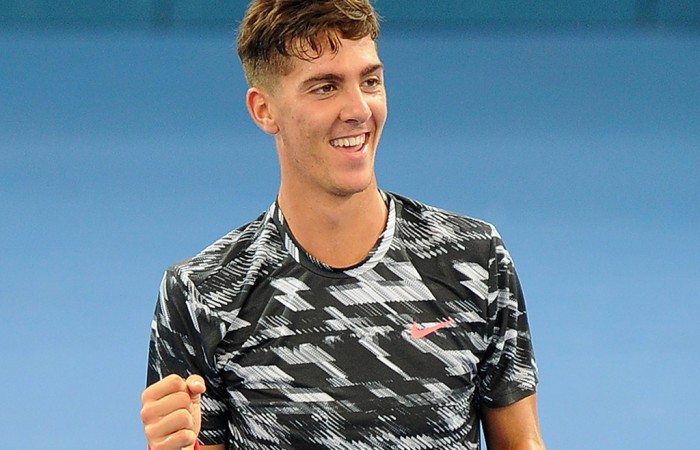 Australia’s Marinko Matosevic has become a first round casualty at the Memphis Open, being played in Memphis, Tennessee.

Brown, who famously sent Lleyton Hewitt packing in the second round of Wimbledon in 2013, days after Hewitt had knocked off Swiss star Stanislas Wawrinka, was simply too good for Matosevic, who failed to take his chances throughout the match.

Brown saved seven of eight of the break points that were against his serve throughout the match, and will now play either American sixth seed Steve Johnson or Israel’s Dudi Sela in the second round.

While it was a disappointing day for Matosevic it was good news for emerging Aussie star Thanasi Kokkinakis.

The 18-year-old rising star made his way through qualifying and into the first round to join Matosevic, Bernard Tomic and Sam Groth in the main draw.

Kokkinakis emerged from the final round of qualifying after a 6-3 3-6 6-3 win over Romanian player Victor Hanescu.

Kokkinakis will open his tournament proper against fellow qualifier, 22-year-old American Denis Kudla with the winner to play another American, Donald Young.

Young won the only break point of the first set, then took a 3-2 lead as the rivals exchanged five breaks of serve to begin the second set.

Mannarino broke back to 4-4 and they fought out a tense tie-breaker that the American finally claimed, having fired seven of his nine aces in the second set.

Mannarino, 26, reached a career-high ranking of 36 last month after a run to his first ATP final at Auckland, where he lost to Czech Jiri Vesely.

Dodig fired five aces and never faced a break point in the 58-minute triumph, which set him up with a clash with US third seed John Isner, who had a first-round bye.