Nick Kyrgios, Bernard Tomic and Sam Groth have all shot up the rankings following their successful exploits at Australian Open 2015. 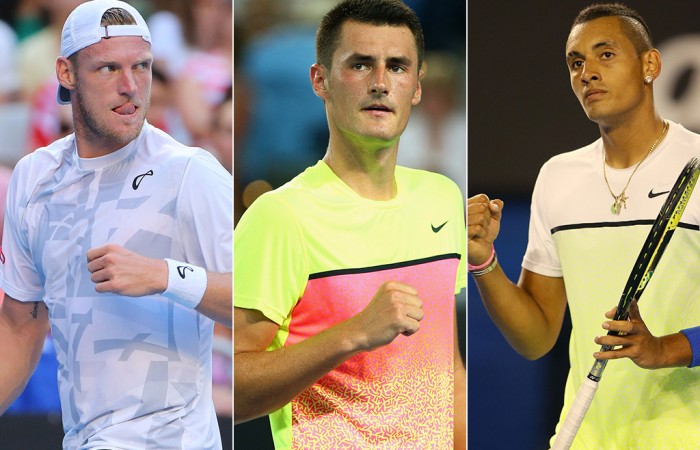 Nick Kyrgios, Bernard Tomic and Sam Groth have all shot up the rankings following their successful exploits at Australian Open 2015.

Kyrgios solidified his hold over the Aussie No.1 ranking, jumping 18 places to a career-high mark of world No.35.

The Canberra teen reached the quarterfinals at Melbourne Park, his second career appearance in the last eight of a major after reaching the same stage at Wimbledon in 2014.

Bernard Tomic also enjoyed a jump of 18 places, returning to the world’s top 50 at world No.48; it’s his highest ranking since August 2013.

The Queenslander advanced to the fourth round of the Australian Open – his second time reaching the second week in Melbourne – before falling to eventual semifinalist Tomas Berdych.

Sam Groth vaulted 12 spots to world No.70, a career-high ranking following a career-best third-round run at Melbourne Park which ended with a loss to Tomic.

The trio occupy the top three places in the Australian rankings, ahead of fellow top 100 players Marinko Matosevic (78th) and Lleyton Hewitt (83rd).

Meanwhile, James Duckworth sits on the brink of joining his compatriots in the top 100, rising 13 places to a career-high ranking of 107th after a second-round showing at the Australian Open.