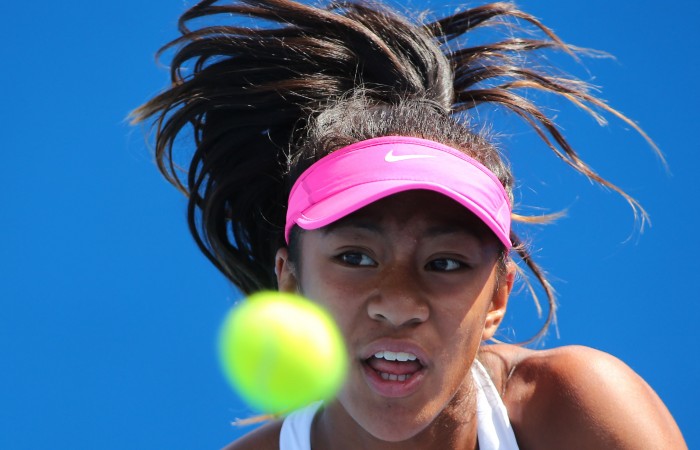 The Melbourne schoolgirl overcame early jitters to power past Thailand’s Tamachan Momkoonthod 5-7 6-3 6-3 in the first round of the girls’ under-18 event at Melbourne Park on Sunday.

“The first set I was really shaky and nervous and it’s always hard to get past the first round in the Oz Open,” said Aiava.

“In the second and third set, I let go of myself a bit more and just relaxed.

“It feels really food. I love the atmosphere of the Aussies supporting me.

“Hopefully I can get to a further round than last year, past the third round.”

Aiava is the latest prodigy to emerge from Australia’s new production line of young tennis aces.

When she was just 12, Aiava scored a dream exhibition match at Roland Garros with Graf after winning a Paris invitational event.

Two years on and the 22-times grand slam’s words of wisdom stick with her.

“It was really fun playing with her,” Aiava said.

“She gave me advice and told me to just to keep having fun and working hard. It stuck with me til now.”

The teenager says juggling homework with tennis is easy, working on strength and conditioning in the mornings before heading to school and then training for a few hours daily with her coach.

“They’re really inspiring me that anything’s possible when you’re young,” she said.

“It just drives me to try and do better.”