Samantha Stosur wasn't happy with the result but was happy with her performance after running into red-hot American Coco Vandeweghe in the second round of the Australian Open. 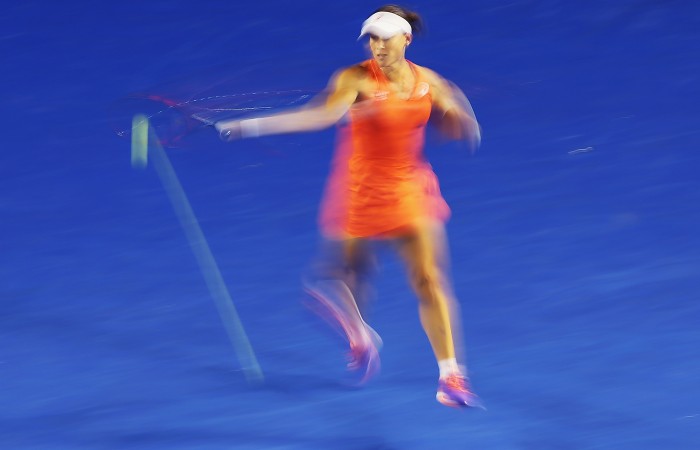 Samantha Stosur wasn’t happy with the result but was happy with her performance after running into red-hot American Coco Vandeweghe in the second round of the Australian Open.

Stosur did little wrong on Rod Laver Arena but was unable to stop the big-serving world No.37, going down 6-4 6-4 to end local hopes in the women’s singles draw.

“She obviously had a great night,” Stosur said.

“It came down to a couple of points and I don’t feel like I played a bad match at all by any means.

“I didn’t feel like I did much wrong in either set.”

Vandeweghe lived up to her billing as one of the best servers in the women’s game, sending down 11 aces with her serve reaching 195km/h.

Stosur served six aces but couldn’t get a single break point on her opponent.

Dellacqua went down to Madison Keys while Brisbane-based import Tomljanovic bowed out of the Open earlier on Thursday with 6-1 7-6 (7-1) loss to another American Varvara Lepchenko.

It continued a run of disappointments for Stosur at the Open with her best result in six years a fourth-round showing in 2010.

The former US Open champion didn’t enter the tournament in sparkling form after losing in the first round in Brisbane and second round in Sydney.

But she feels in good shape for the year ahead.

“It’s always disappointing to lose no matter how well or bad you play.

“There’s certainly been cases where I’ve felt a lot worse than this leaving Melbourne after losing.”

Vandeweghe will next take on another American in Madison Brengle.

It’s her first ever appearance in a grand slam third round.