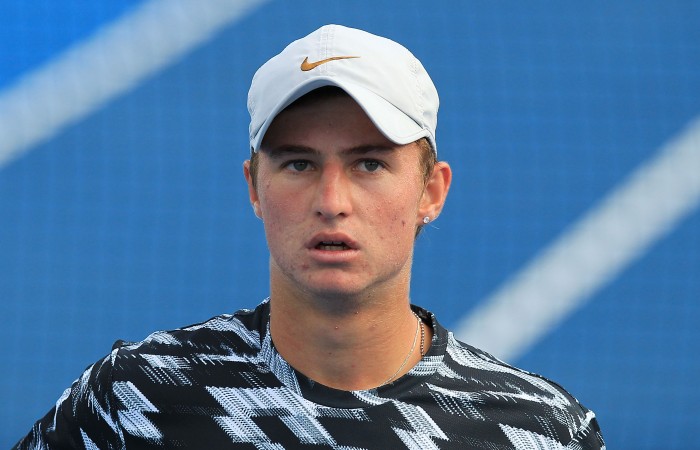 Jaskia bowed out in straight sets at the hands of Romanian Marius Copil 7-6(5) 6-2.

Copil squeezed through a tough, 51-minute first set taking a tense tiebreak 7-5 before cruising away in the second.

The loss ended a golden run for the 17-year-old Jasika who was just one win away from his maiden Grand Slam tournament berth.

After an opening set that left the players inseparable at 6-6, Propoggia trailed 2-0 early in the tiebreak. However the 24-year-old found plenty of fight, winning seven of the last eight points to seal the deal at 7-3.

Edmund secured another close set in the second before the pair again found themselves deadlocked in the third.

It was a jubilant Edmund who prevailed in an epic final set that took some 16 games to reveal a victor.