Jarmila Gajdosova will carry a newfound calm to Melbourne Park as she looks to break her infamous Australian Open duck next week. 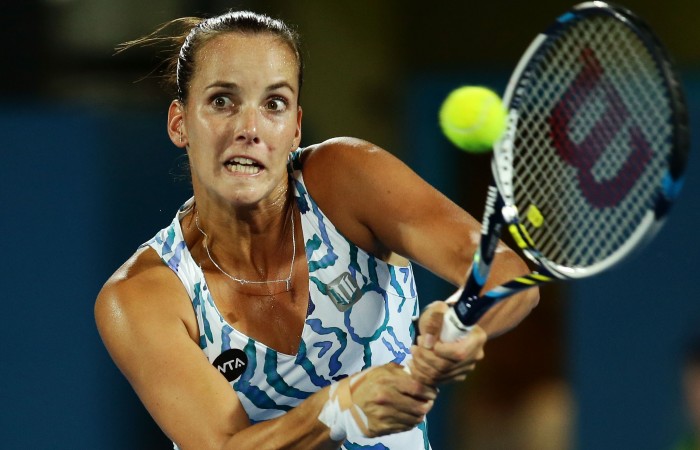 Jarmila Gajdosova will carry a newfound calm to Melbourne Park as she looks to break her infamous Australian Open duck next week.

After taking out world No.13 Andrea Petkovic and then the 11th-ranked Dominika Cibulkova, last year’s Australian Open runner-up, Gajdosova threatened to claim an even bigger scalp after taking the opening set from the second seed.

But with her match against Cibulkova finishing after midnight on Wednesday morning, Gajdosova began to tire as her epic battle with Kvitova passed the two-hour mark.

Despite the 6-4 3-6 6-4 loss, Gajdosova can look forward to a nice little rankings boost next week and will head to Melbourne with renewed belief after suffering nine straight first-round defeats at the Open.

The one-time world No.25 – who endured a marriage break-up, the death of her mother and debilitating illness since reaching her career-high ranking in 2011 – credited the steady influence of coach Chris Johnstone for helping revive her fortunes.

“The past three, four years haven’t been the most enjoyable and the peachy ones for me,” Gajdosova said.

“I figured that whatever amount of years I have left in me, I’m going to try to enjoy it as much as possible and be as fit as I can be, healthy as I can be, and play the best tennis I can.

“I’ve been playing the best I have for a few years now.”