Dellacqua out of Hobart International

Casey Dellacqua will head to the Australian Open with just one singles win for 2015 under her belt. 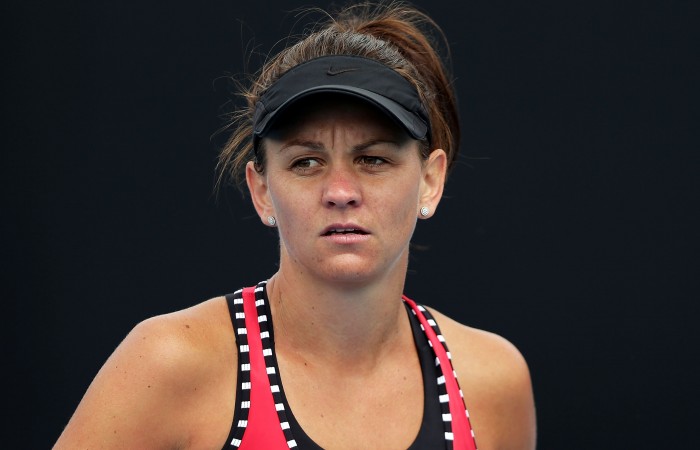 Casey Dellacqua will head to the Australian Open with just one singles win for 2015 under her belt.

The No.1 seed bombed out on Thursday to Italian Karin Knapp in round two at the Hobart International.

But despite her sole and scratchy victory and limited match practice in the southern capital, the world No.29 claims to be as prepared as she can be for her home grand slam.

“I feel ready for the Australian Open and I feel that I’m the best prepared that I can be and that I have done everything that I possibly can,” Dellacqua told reporters after her 7-5 2-6 6-3 loss to Knapp.

“Now I just turn my focus onto the Australian Open and doing what I can in the next couple of days to prepare best for that.”

Prior to her arrival in Hobart the 29-year old suffered three singles losses at the Hopman Cup in Perth, including against British world No.49 Heather Watson.

But Dellacqua isn’t dwelling on her defeats.

“I have no concerns in terms of how I’m hitting the ball and how I’m feeling out there, my body is healthy – I feel good,” she said.

And maybe most importantly, Dellacqua said she’s feeling relaxed after her time in the island state.

“Each match that I’ve played this year things have got better and better,” she said.

After her three-set win over American Lauren Davis in the first round in hobart on Monday, Dellacqua said she struggled with concentration but insisted on Thursday that her focus is improving.

She will be seeded at Melbourne Park for the first time, and among the Australians is behind only No.20 Samantha Stosur.

Kaia Kanepi from Estonia withdrew from her clash with No.23 seed Camila Giorgi from Italy.

The Hobart International continues with world No.51 Knapp to meet Brengle in the quarter-finals later on Thursday.