Australian Jarmila Gajdosova has continued her giantkilling run at the Sydney International, taking down world No.11 Dominika Cibulkova in a second round match. 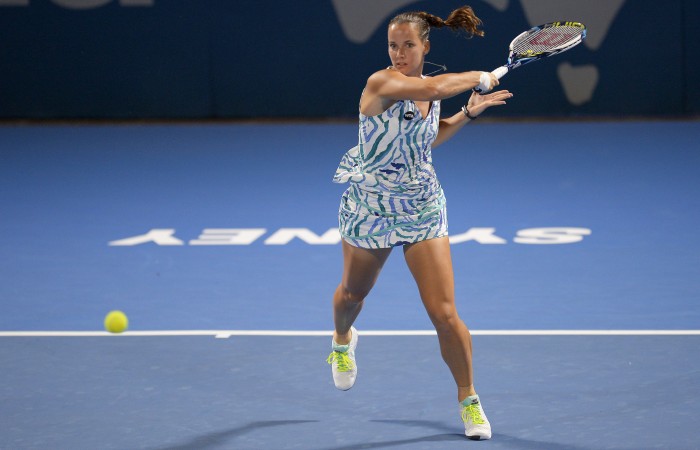 Australian Jarmila Gajdosova has continued her giantkilling run at the Sydney International, taking down world No.11 Dominika Cibulkova in a second round match.

After an impressive first round win over world No.13 Andrea Petkovic, the bar was raised again when she took on the Slovakian.

And things didn’t look good when she quickly found herself down a set and a break.

But a rain delay proved timely for Gajdosova, who bounced back for a magnificent 1-6 6-3 6-4 win over the 2014 Australian Open finalist.

After finishing 2013 ranked 232 in the world, Gajdosova battled her way back to No.68 over the past 12 months, enjoying success in second tier tournaments including a win in Vancouver and a finals appearance in Nottingham.

It had been a difficult period for the former world No.25 who not only battled a debilitating bout of glandular fever but the breakdown of her marriage to fellow Australian tennis professional Sam Groth and the death of her mother.

Things certainly get no easier for her at the Sydney International though, Gajdosova next playing second seed and two-time Wimbledon winner Petra Kvitova for a place in the semifinals.