Bernard Tomic wasted no time in joining defending champion Juan Martin del Potro in the second round of the Sydney International with a straight-sets win over Igor Sijsling on Tuesday. 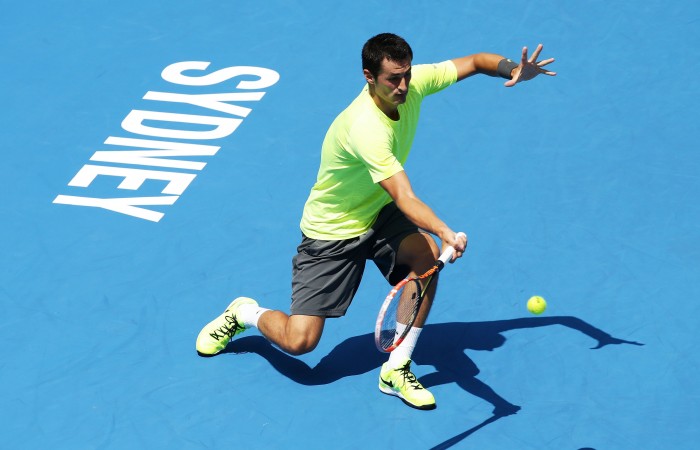 Bernard Tomic has wasted no time in joining defending champion Juan Martin del Potro in the second round of the Sydney International.

His quickfire win set up a meeting with German third seed Philipp Kohlschreiber for a spot in the last eight of the Australian Open lead-up event.

Sijsling is ranked just a dozen places below Tomic at No.83 in the world but was no match as the Australian snared four service breaks in the rout.

Two double-faults from Sijsling gifted the 22-year-old his first break in the fourth game and the Dutchman never recovered as Tomic sealed the win with his eighth ace.

An emotional Del Potro pointed to the heavens after making a successful return from an 11-month layoff with an impressive 6-3 7-6 (7-4) victory over win over Ukraine’s Sergiy Stakhovsky.

After breaking Stakhovsky in the third game of the match, del Potro barely dropped a point on serve before pocketing the first set in 31 minutes.

The big Argentine was again untroubled on serve in the second set, but was unable to claim a second break and needed a tiebreaker to clinch victory after one hour and 21 minutes.

“These guys are playing all year. It’s time to get back on the train again,” del Potro said.

“This tournament is very special to me.”

Del Potro, who won the 2009 US Open, has slipped to No.338 in the world but looms as an unseeded danger to avoid at Friday’s Australian Open draw.