Kokkinakis ready to break into top-100

A full year on tour has taught Thanasi Kokkinakis that he has the game to match it with the world's best at the Australian Open. 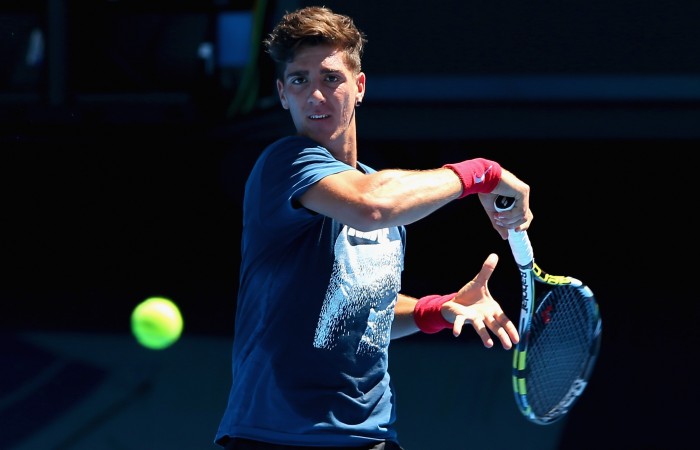 A full year on tour has taught Thanasi Kokkinakis he has the game to match it with the world’s best at the Australian Open.

He is not alone after Novak Djokovic said Kokkinakis and fellow Australian Nick Kyrgios were tough and “very talented players”.

Kokkinakis, 18, was thrilled upon hearing the praise from the world No.1.

“That’s a big call from the best in the world,” he said.

“Obviously, Novak is going to be the toughest to play here.

“Everyone is going to be tough. They’re in the top 100 or thereabouts for a reason.

“All the players come here to win and there will be no easy matches.”

A full year on tour including five wins against top-100 players has Kokkinakis confident he has the game to continue rising through the ranks.

The 18-year-old is unconcerned by the extra pressure from Australian fans, a year on since bowing out to Rafael Nadal in the second round at Melbourne Park.

“I think you have to embrace (the hype),” said Kokkinakis, who knocked out Dutchman Igor Sijsling in the opening round last year.

“You have to make sure you’re dedicated on and off the court, focused every session, trying to be as well prepared as you can.

“I think I’m a better player. I have a lot more experience on the tour. I’m looking forward to getting going.”