Gajdosova fighting back after illness

Jarmila Gajdosova has carried her recent good form into Sydney International with an impressive 6-1 7-6 victory over 13th-ranked German Anna Petkovic. 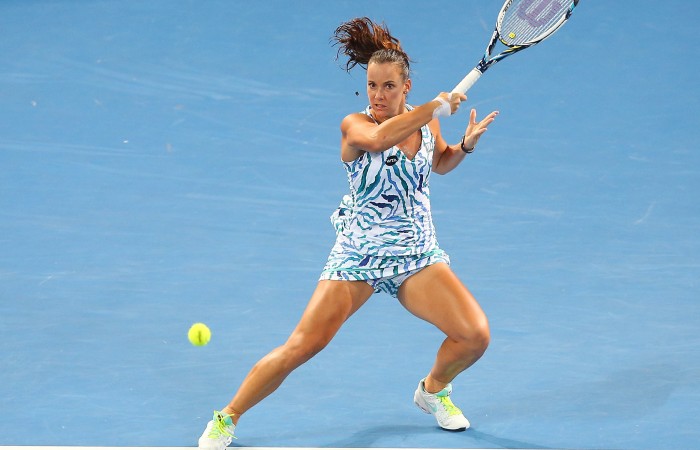 Australian wildcard Jarmila Gajdosova has continued her resurgence at the Sydney International with an impressive 6-1 7-6 victory over 13th-ranked German Anna Petkovic.

Gajdosova, who reached a career-high No.33 in the world rankings in 2011, was told by doctors two years ago that she may not be able to play again after contracting a virus called mononucleoisis.

The illness compounded a tough period in the Slovakian-born 27-year-old’s life, with her mother passing away, her marriage to Australian tennis player Sam Groth ending and her ranking plummeting to No.232.

“I think it’s the first time in three years I feel physically fit and that I’m playing well,” Gajdosova said.

“I had a lot of ups and downs physically and mentally on and off court a little bit.”

After collapsing six times and feeling constantly fatigued, Gajdosova knew there was something seriously wrong but admitted she was shocked when a doctor told her she may never play high level tennis again.

“He said I will recover, but he just said only time will tell if would be fit to do my job again,” she said.

“I still have to go for blood test and everything to keep up and vitamins and proper sleep schedule and all sorts of things so it doesn’t come back.

“It took me a year to recover, so in that year I got kind of content with the fact that that may be it. I may not play.

“Then I tried and built up slowly … but the way I feel like now, it’s amazing. I feel like a new person. Hopefully, it stays that way.”

Gajdosova, who is ranked No.68 in the world, will meet last year’s Australian Open runner-up Dominika Cibulkova in the second round.