Dellacqua wins in round one win in Hobart 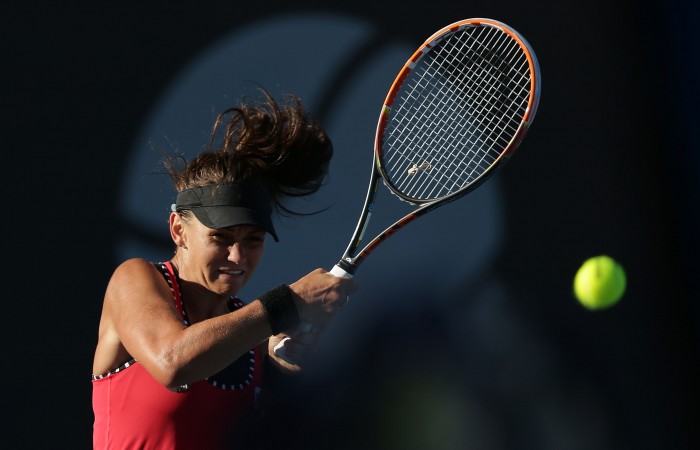 Casey Dellacqua has secured her first win for 2015 with a shaky performance at the Hobart International, battling with her mental approach to the game.

The world No. 29 made a confident start on Monday against American contender Lauren Davis, but produced a second set riddled with unforced errors before eventually prevailing 6-4 1-6 6-4.

Top-seeded Dellacqua said she needs to focus more and not worry so much about technical elements of her tennis.

“Concentration has definitely got to get better for my part,” she told reporters after the match.

“I don’t feel like there’s anything wrong with the way I’m hitting the ball, sometimes it just becomes a mind set.”

The left-hander said she found herself thinking about specifics like the ball toss and the success of her first serve, instead of the point being played.

“(I’m) the first to admit that I’m probably not playing my best tennis but at the end of the day it’s not about the wins or losses, it’s about my performance,” Dellacqua said.

Nevertheless, she admitted it’s nice to have a victory under her belt for 2015 after three singles losses at the Hopman Cup in Perth.

Dellacqua faces Italy’s Karin Knapp in round two on Wednesday.

Dellacqua is expecting a good fight against the Italian.

“She’s a big hitter of the ball and the court is playing pretty fast,” she said.

“I’m going to have to be ready to go from the get-go.”

Dellacqua is the only Australian remaining in the Hobart singles draw after wildcard compatriots Storm Sanders and Olivia Rogowska both lost in three sets to seeded players.

During a day that included three retirements through injury, Britain’s Heather Watson found success, along with second-seed Zarina Diyas from Kazakhstan.