Millman proves his worth against Federer

Thursday's gutsy display against Roger Federer was John Millman's way of proving that the support of those who stood by him through injury was worthwhile. 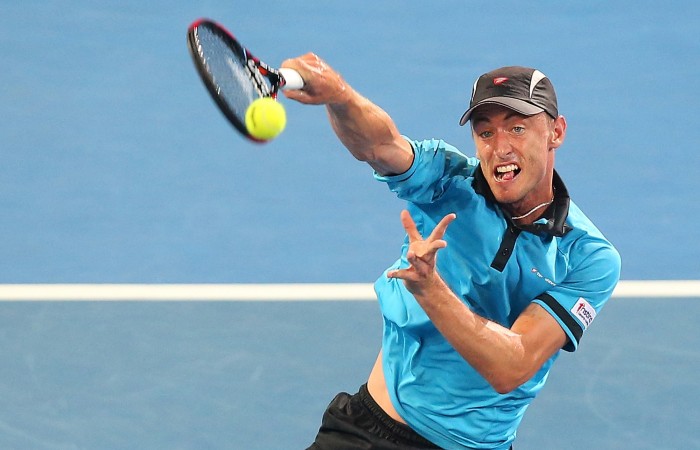 For all those who stood by him during a long injury comeback, Thursday’s gutsy display against Roger Federer was John Millman’s way of proving that support was worthwhile.

Millman, the world No.153, brought the crowd at Pat Rafter Arena to their feet several times in a thrilling performance against the 17-time grand slam champion.

He may have eventually gone down 4-6 6-4 6-3 but after a lengthy and painful rehabilitation from a serious shoulder injury, Millman can now start looking at rebuilding his tennis career.

Along with his coach, Millman had his surgeon and his physio sitting in his box during the Federer clash while his sister had snapped up 50 tickets to ensure those close to him could share in the moment.

Millman didn’t disappoint, winning the first set and going 3-1 up with a sensational passing shot midway through the second set.

In the end, the 25-year-old admitted he was probably disappointed he wasn’t able to go on and deliver a huge upset.

“I’ve told you guys all along that when I walk onto the court I don’t play someone’s reputation, and today was no different,” he said.

“I went out there to win the match and had chances and didn’t, so you get disappointed when that happens.”

Once the disappointment passes though, Thursday’s match will surely be something Millman can use to achieve his aim of reaching the world top 100 and finding himself in such clashes more often.

Millman was on his way to that in the middle of 2013 before a torn labrum in his left shoulder brought his career to a juddering halt.

It took a legion of people to get him back on court and now, it’s all about paying them back with more thrilling moments like Thursday night.

“Those people who have managed to pick me up and get me back out there, for me that’s the biggest privilege I can have to play in front of them and to show them that it wasn’t a waste of time,” he said.

“Every time I walk out on the court in the future … it’s purely about them, to repay everything they’ve done for me.”