Jarmila Gajdosova and Daria Gavrilova have been awarded wildcards into the main draw of the 2015 Sydney International. 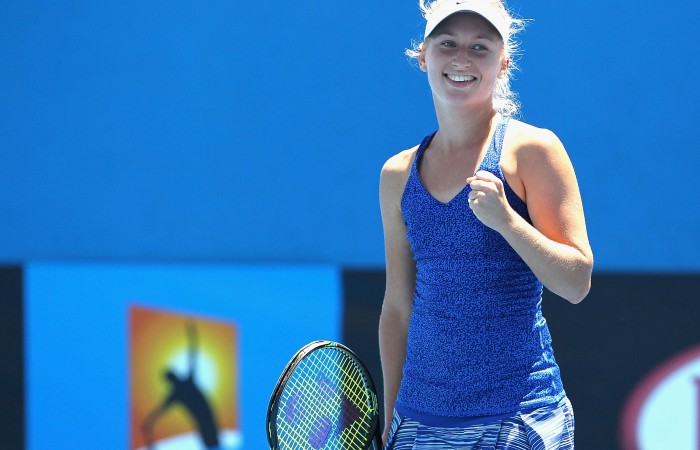 World No.71 Jarmila Gajdosova and Australian Open playoff winner Daria Gavrilova have been awarded wildcards into the main draw of the Sydney International.

The pair join Australian No.1 and 2011 US Open champion Samantha Stosur as the local hopes in the Australian Open lead-up event starting on Sunday at Sydney Olympic Park Tennis Centre.

Gajdosova, the third ranked Australian behind Stosur and Casey Dellacqua, is a 2012 London Olympian and made her grand slam breakthrough at the 2013 Australian Open when she won the mixed doubles title with fellow Australian Matthew Ebden.

The 27-year-old kicked off her 2015 season with a win over world No.61 Shuai Zhang at the Brisbane International before going down to former French Open champion and world No.7 Ana Ivanovic.

Gavrilova, ranked No.233 in the world, will be making her Sydney debut after a strong start to the year that saw her win through qualifying and beat world No.43 Alison Riske in the first round in Brisbane.

The 20-year-old’s wildcard is a well-earned reward for her performance at the December Showdown, where she knocked out big names including Australian No.4 Olivia Rogowska on her way to winning the Australian Open wildcard playoff.