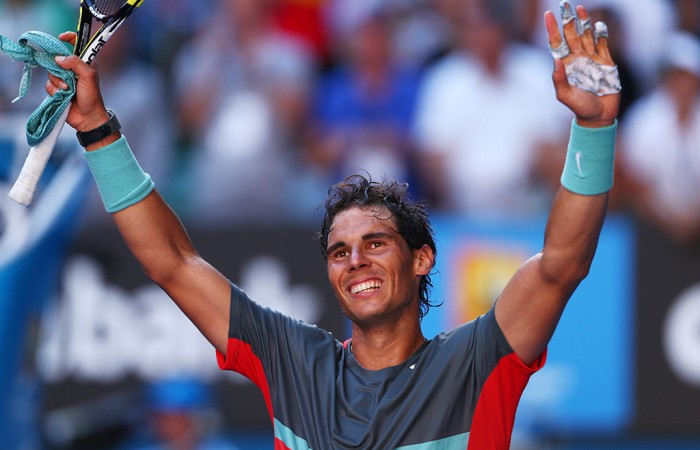 Nadal will be joined by a superstar line-up of tennis personalities for Rafa’s Summer Set on Wednesday 14 January.

Among them will be a pair of Aussies; former top 10 star and two-time Grand Slam finalist Mark Philippoussis, and reigning US Open junior singles and doubles champion Omar Jasika.

“I’m very excited to be playing Rafa, I consider him one of the best players of all time and probably the best competitor that’s ever stepped on the court. I can’t wait,” Philippoussis said.

“The whole event sounds pretty cool, a different kind of tennis event. There’ll be lights and music, it’s going to be a great show and I’m looking forward to being part of it.”

The raging bull of tennis and arguably the most competitive player to step foot on a tennis court, Nadal will set the stadium alight in January when he takes on Philippoussis and Jasika in one-set exhibitions, as well as countryman Fernando Verdasco.

The event will also feature one of Melbourne’s top DJs spinning the decks as Margaret Court Arena transforms into a do-or-die battleground.

Tickets to Rafa’s Summer Set will be on sale at 1pm tomorrow via Ticketek. Tickets are priced at $56 for adults, $51 for concession, $29 for juniors under 16 and $156 for families.

Nadal said the event would be a great opportunity for all fans to experience the new-look Margaret Court Arena in tennis mode for the first time.

“I’ve heard that the new roof on Margaret Court Arena is now finished and the pictures I’ve seen are amazing. The Australian fans are always fantastic and I hope they’ll come and experience the finished stadium at this special event,” Nadal said.

The event will also support the Rafa Nadal Foundation, which assists and provides opportunities for socially disadvantaged young people, and the Australian Tennis Foundation.