Possessing great athleticism and a potent forehand, No.6 seed Jaimee Fourlis takes on top seed Petra Hule in the quarterfinals of the 16/u Australian Championships. 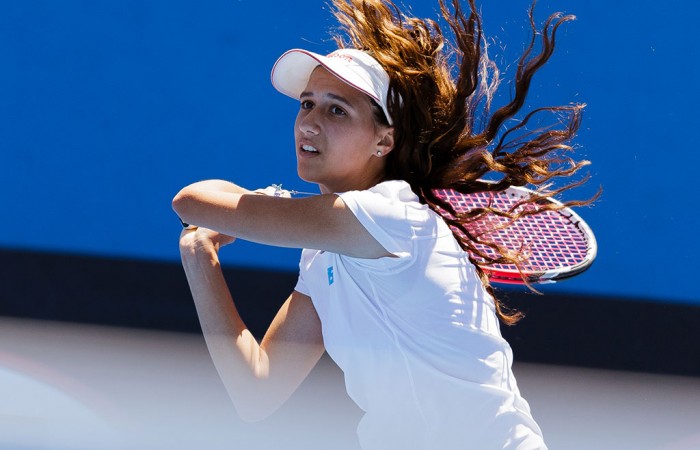 Each day we’ll be featuring a player who is one to watch throughout the December Showdown and into the Australian summer. Today it’s Jaimee Fourlis, a quarterfinalist in the girls’ 16/u Australian Championships.

Possessing great athleticism and a potent forehand, Jaimee Fourlis made her professional-level debut in 2014 on the Australian Pro Tour, and also won 24 matches on the ITF junior circuit both at home and abroad.

Former world No.42 Scott Draper feels she has untapped potential. “I don’t think she realises how good she can be yet,” he says. “I think she could be quite exceptional.”

Fourlis is the sixth seed in the girls’ 16/u event, and on Friday will contest her quarterfinal match against No.1 seed Petra Hule.

Read more about Fourlis and other emerging Aussie talents in the December “Summer Special” of Australian Tennis Magazine.