Possessing crafty racquet skills, boys' 16/u fifth seed Kody Pearson will look to continue his December Showdown campaign when he takes to the court on Thursday. 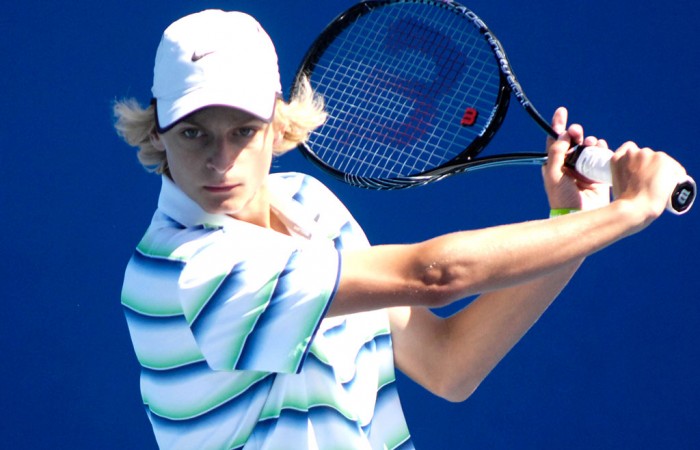 Each day we’ll be featuring a player who is one to watch throughout the December Showdown and into the Australian summer. Today it’s Kody Pearson, who is looking to continue his run in the 16/u Australian Championships.

Kody Pearson is a promising athlete with a squash background, and relies on crafty racquet work – such as backhand slices, volleys and changes of pace – to cut bigger opponents down to size.

He spent much of 2014 traversing the world gaining experience on the ITF junior circuit; his best results came in doubles but he also managed two quarterfinal finishes in singles.

Pearson is the fifth seed in the boys’ 16/u event and has progressed to the second round; he will face Victorian qualifying Michael Commings on Thursday.

Read more about Pearson and other emerging Aussie talents in the December “Summer Special” of Australian Tennis Magazine.