Alex De Minaur, an Australian Junior Davis Cup representative, today kicks off his campaign in the boys' 16/u Australian Championships, where he is seeded seventh. 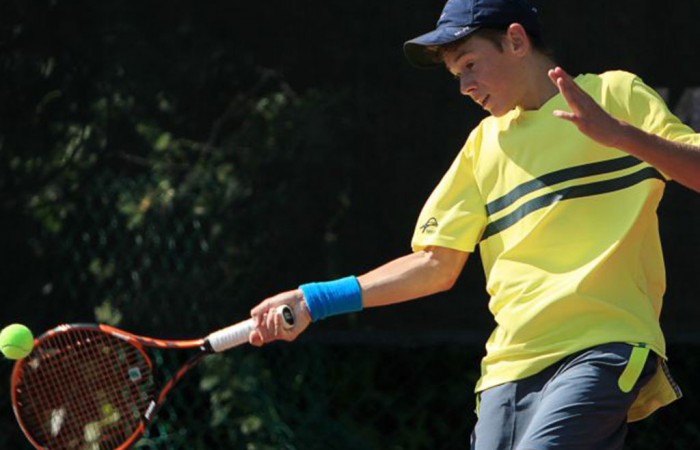 Each day we’ll be featuring a player who is one to watch throughout the December Showdown and into the Australian summer. Today it’s Alex De Minaur, the No.7 seed in the boys’ 16/u Australian Championships.

An admirer of Roger Federer, De Minaur’s game shares traits with the Swiss legend, thanks to his wide repertoire of shots, technical savvy and court craft.

These are all valuable weapons in his arsenal given his smaller stature, and have helped him to be selected to represent Australia in Junior Davis Cup and win ITF junior tournaments in Chile and Spain in 2014.

The New South Welshman is the seventh seed in the boys’ 16/u event this week at Melbourne Park, and begins his campaign on Wednesday against Victorian Mike Vaughan.

Read more about De Minaur and other emerging Aussie talents in the December “Summer Special” of Australian Tennis Magazine.