On a hot Melbourne summer day that marked the beginning of the 12/u Australian Championships, top seed Alex Bulte advanced to the second round with a comfortable victory on Tuesday. 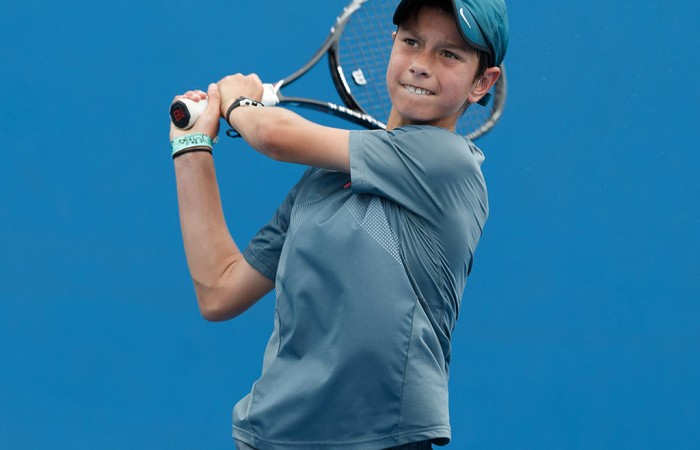 It was a hot Melbourne summer day that marked the beginning of the 12/u Australian Championships, with top seed Alex Bulte advancing to the second round with a comfortable victory on Tuesday.

He beat Michael Gealogo 6-2 6-1 but was tested early, with the players trading heavy groundstrokes and displaying impressive athleticism.

However it was the top-seeded Victorian who was able to gain the momentum, and ultimately secure the win.

In the girls’ draw, young talents Krystal Clarke and Monique Barry both put in strong performances to advance to the second round.

Fourth seed Clarke faced off against Charlotte Kempenaers-Pocz in a match that remained competitive throughout, but saw Clarke’s heavy ground strokes help deliver her a 6-4 6-4 win.

No.2 seed Barry was in fine form during her 6-2 6-1 victory over New South Wales’ Teodora Jovic.

Joining them in the last 32 are the fifth and sixth seeds from China, Ming Qiao Yang and Mei Yi Zou Zhu respectively, who were both victorious at Melbourne Park on Tuesday.

Top seed Olivia Gadecki advanced thanks to a walkover.