South Australia and Queensland have captured the girls' and boys' 14/u teams events on Monday at Melbourne Park, while Queensland was also victorious in the 12/u girls' division. 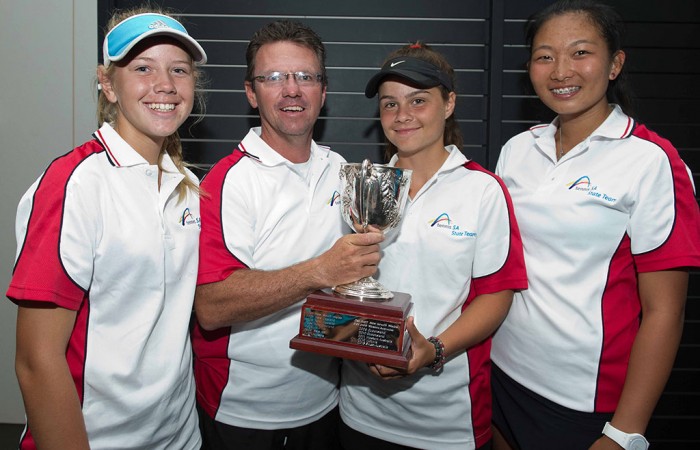 South Australia and Queensland have captured the girls’ and boys’ 14/u teams events on Monday at Melbourne Park.

In the 12/u events, Queensland beat New Zealand in the girls’ tournament while Japan won an all-international affair over China in the boys’ division, winning two rubbers to none.

South Australia was forced to come from behind in the girls’ 14/u Mary Hawton Trophy final, after New South Wales’ Violet Apisah defeated Jeanette Lin 6-2 6-3 in the opening rubber of the tie, revenge for her loss to Lin in the final of the girls’ 14/u Australian Championships.

But after Selina Turulja upended Gabriella Da Silva Fick 6-3 6-3 to level the tie at one rubber apiece, Lin and Turulja combined for South Australia in the decisive doubles rubber to beat Apisah and Da Silva Fick 6-2 6-4 and hoist the trophy.

In the boys’ Sproule Stephens Trophy, the Queensland squad were too strong for New South Wales.

Queensland’s girls’ team in the 12/u Margaret Court Cup was anchored by Olivia Gadecki and Hana Kim; Gadecki came through a tough match to beat New Zealand’s Monique Barry 6-2 4-6 [10-4] before Kim sealed the tie with a 6-3 6-4 win over Tharabuphet Homkrun. 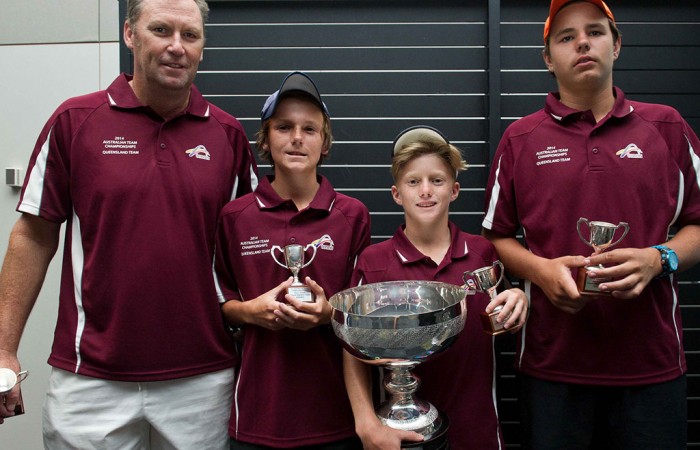