Former world No.8 and Australian Open 2006 finalist Marcos Baghdatis will headline the inaugural City of Onkaparinga ATP Challenger in January 2015. 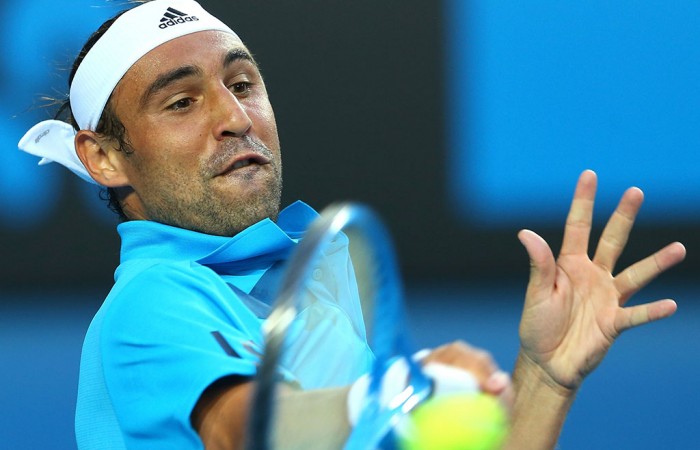 The key signing marks another major achievement for event organisers after the tournament was promoted to ATP Challenger status for the first time earlier this year.

Baghdatis, the current world No.85, said he was looking forward to starting his 2015 season in Adelaide.

“I’m very excited to be beginning my 2015 campaign at the City of Onkaparinga ATP Challenger,” Baghdatis said.

“This tournament will be great preparation for the World Tennis Challenge and the Australian Open later in January. I am looking forward to 2015 and hope to get it off to a good start in Adelaide.”

Tennis SA Chief Executive Officer Steven Baldas said the signing was a great triumph for the event, and Baghdatis would prove a major drawcard for fans.

“We are happy to announce the signing of Marcos Baghdatis for the first ever City of Onkaparinga ATP Challenger 2015,” Baldas said.

“After his signing to the World Tennis Challenge to be held the following week, Marcos’ inclusion in this event will provide South Australians with an additional opportunity to see him play, this time in a club environment. This will be great for tennis in South Australia and we think that Marcos will be a fantastic addition to this event.”

“We’re thrilled to have such a big name in world tennis join the event. Marcos’ dynamic style of play and enthusiastic personality are sure to shine through, and spectators certainly have a lot to look forward to this summer,” Luscombe said.

“The City of Onkaparinga ATP Challenger 2015 is South Australia’s latest addition to the ATP calendar. Marcos signing to compete adds further merit to the decision to promote the event to ATP Challenger status and highlights the important role this tournament plays in the lead in to the Australian Open.”

“We are delighted to welcome Marcos to the City of Onkaparinga ATP Challenger in 2015,” Mayor Lorraine Rosenberg said.

“The tournament provides a fantastic opportunity for locals to watch some of the world’s best players close to home and for the players to personally experience our wonderful city and all it has to offer.

“We are proud to be supporting and hosting the ATP Challenger in 2015 and look forward to Marcos’ involvement in the event.”

Additional players for the City of Onkaparinga ATP Challenger 2015 will be announced shortly.

The tournament will take place at the Happy Valley Tennis Club, Aberfoyle Park, Adelaide from 3-11 January 2015.

Entry to the event from 3-9 January will be free of charge. Tickets for Saturday, 10 January and Sunday, 11 January will start from $3.00 and can be purchased at the gate.