Daniela Kovacevic, a dogged competitor, is the second seed at this week's 14/u Australian Championships and has stormed into round three without dropping a set. 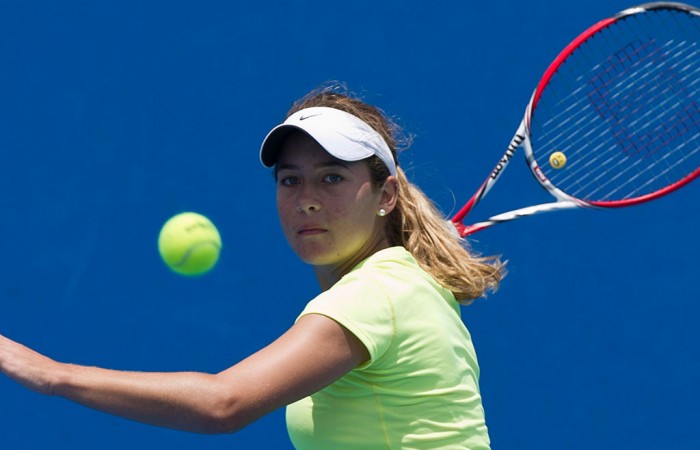 Each day we’ll be featuring a player who is one to watch throughout the December Showdown and into the Australian summer. Today it’s Daniela Kovacevic, the second seed in the girls’ 14/u Australian Championships.

A fierce and dogged competitor, Kovacevic experienced good results at ITF junior results in Australia and New Zealand in the past 12 months, winning through to the semifinals in Kawana, Queensland and quarterfinals at the Victorian Junior Claycourt International.

The Queenslander, a good athlete, won her first Tennis Europe 14-and-under event in 2013 thanks to several hard-fought three-set matches.

Kovacevic has been in fine form at the December Showdown so far, advancing to the third round of the 14/u event without the loss of a set.

Read more about Kovacevic and other emerging Aussie talents in the December “Summer Special” of Australian Tennis Magazine.