South-East Queensland has been hit with a menacing storm of fast-paced, Fast4 tennis as the Queensland ATL conference comes to its conclusion this weekend. 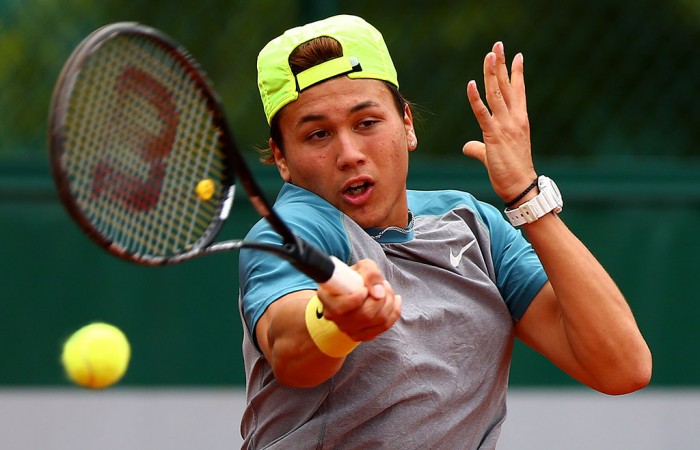 South-East Queensland has been hit with a menacing storm of fast-paced, Fast4 format tennis as the Asia-Pacific Tennis League (ATL) – Queensland Conference races across the state to it’s grand conclusion next weekend.

The skies cleared for round three of the conference on Friday night as the six teams battled for the top spot at Griffith University Tennis Centre, Mount Gravatt. The stakes were high and tensions reached boiling point in the men’s draw as home team Tennis Brisbane Chargers took on team-to-watch and newest franchise of the league Tennyson Volt.

After five nail-biting hours, the match-up resulted in the first tie of the 2014 conference, a rarity with teams all square on a count back of rubbers, sets and games; 3-3 7-7 40-40.

The men’s draw intensity continued with the Shaw Park Sharks taking on Sunshine Coast Breakers resulting in the second count back of the night. In this case, the Sharks came out victorious with nine sets over the Breakers’ seven. Beenleigh Blaze were the only comfortable winners of the night taking all rubbers off their opponents, the Toowoomba Tigers for a 6-0 defeat.

Unfortunately for the Tigers, their luck did not change leading into their home round at Toowoomba Regional Tennis Centre – USQ on Sunday with another 6-0 loss to favourites Tennis Brisbane Chargers.

The result secures the top of the ladder position for the technically undefeated Chargers men, with three wins and a draw leading into the last round and final this coming weekend. The tables may still turn however with both the Shaw Park Sharks and Beenleigh Blaze sitting close behind after a comfortable win by the Sharks over the Volt on Sunday, and another count-back victory to the Blaze (d Breakers 3-3 7-7 46-38).

The top spot in the women’s draw still belongs to the Shaw Park Sharks who sit undefeated after four rounds of action. Arguably the strongest mix of players in the competition, the team won each round comfortably defeating the Sunshine Coast Breakers 4-2 and Tennyson Volt 5-1.

The losses were the first for both teams who sit in second and third place respectively, with just one point separating their positions. The Breakers had a convincing 6-0 triumph over the Beenleigh Blaze in Toowoomba on Sunday and the Volt were far from deterred by the Tennis Brisbane Charger’s home court advantage on Friday, winning 5-1.

Suffering the same ill fate of their male counterparts, the Toowoomba Tigers women experienced tough losses in both rounds, losing 6-0 to Beenleigh at Mt Gravatt. The silver lining on home turf was a single rubber victory – the first of their 2014 season, before going down 5-1 to Tennis Brisbane on Sunday.

The ATL Queensland Conference continues next weekend with the final round on Friday night at Beenleigh Tennis Club from 6pm. The conference then reaches it’s epic conclusion with finals from 1pm on Sunday 7 December at Queensland Tennis Centre, Tennyson.

As well as the on-court Fast4 action, each round of competition will feature entertainment for the whole family including team mascots, live music and food stalls available across the competition rounds. Prizes and giveaways will also be available at each round, including Hit the Target, a national competition giving you the chance to play with the Grand Slam stars on Rod Laver Arena at the 2015 Australian Open.

For full results, ladders and information on each ATL Queensland Conference round, please visit atl.tennis.com.au