The 2014 Asia-Pacific Tennis League South East Conference was launched in impressive style with an exciting double header on the weekend. 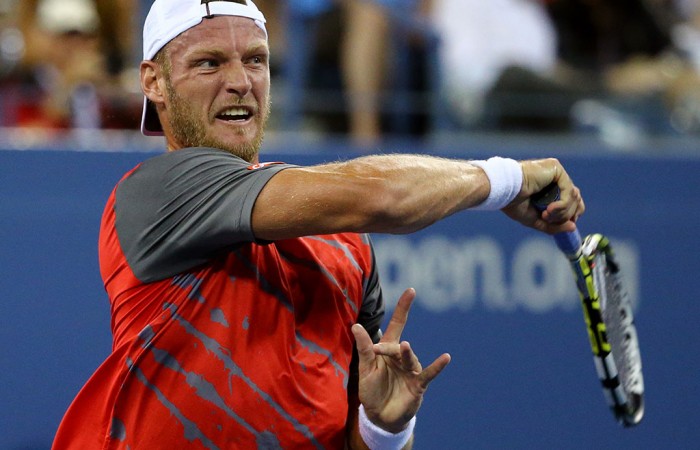 The 2014 Asia-Pacific Tennis League South East Conference was launched in impressive style with an exciting double header on the weekend. In a League first, all men’s and women’s teams converged in a feature round in country Victoria at Yarrawonga Lawn Tennis Club to play on the natural grass.

On Friday night the men’s competition kicked off at the home of the Dingley Dingoes, in a disco-like environment. Players and spectators were treated to music throughout the night, and players arrived on court through smoke screens.  At the opening night of the women’s competition, home team the Frankston Firebirds arrived in style on the back of a Firebird. Both host venues embraced the uniqueness of this FAST4 competition.

After the completion of 2 rounds, the Royal South Yarras lead the men’s league table with impressive wins over Dingley Dingoes and Waverley Warriors. The Tennis World Taipans follow closely in second position, despite losing to the Tasmania Devils who recorded their maiden victory in their first season.

Dingley Dingo, Sam Groth has maintained his undefeated singles record in the FAST4 competition. The Dingoes currently sit in fourth position and are set to pounce in the upcoming rounds.

On the women’s side, the highly talented and competition favourites, Bayside Thunder, led by Daria Gavrilova, Storm Sanders and Arina Rodionova remain undefeated. They will stake their claim on the top spot when they square off against the ladder leaders MCC Stars this week. Regular finalists the Kooyong Classics are not to be forgotten, as they are led by Sally Peers who has started the competition undefeated and in terrific form, highlighted by a win over Gavrilova in Round 1.