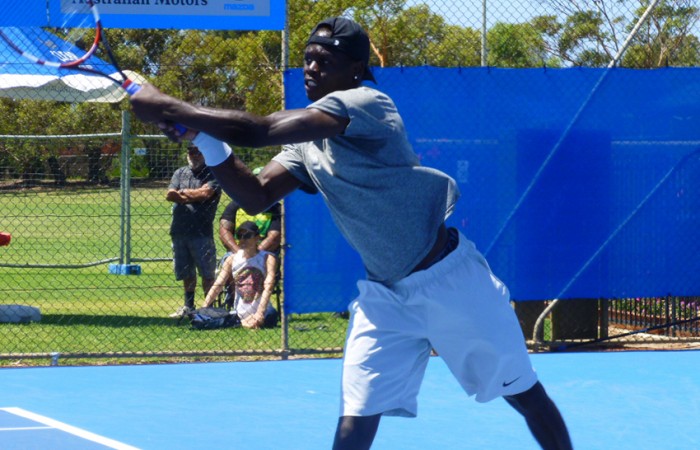 The 6-4 7-5 victory handed the American his third title of the Australian Pro Tour after collecting titles in Cairns and Toowoomba. He also made the final of the first ATP Challenger event in Traralgon.

Jenkins didn’t have everything his own way during the match, and had to pull himself out of a 0-4 deficit in the second set against Statham, who had seriously lifted his game and looked a good chance to push things to a decider.

It wasn’t to be though, as the top seed found another gear and won seven of the last eight games, snuffing out any hopes of the Kiwi’s resurgence.

“He definitely changed his strategy up a bit and raised the level of his game,” Jenkins said about the Statham’s start to the second set.

“But I finally figured it out,” he said. “I started serving better, taking some chances and it just worked out.

“Rubin and I were playing some pretty physical points, especially in that second set. But as it was my last match of the season, I was always going to go out and give it everything that was left in the tank.

“It was a pretty good amount, as it turns out.”

It’s been a career best run for 25-year-old Jenkins, who will find himself in the top 200 in the world for the first time when rankings are updated next week.

The American says he hasn’t really had time to reflect on his success in Australia.

“But on my plane ride back I’m going to have to think about it, which is nice.”