Maverick Banes and Dane Propoggia continue to fly the Aussie flag at the Pro Tour event in Wollongong by advancing to the semifinals on Friday. 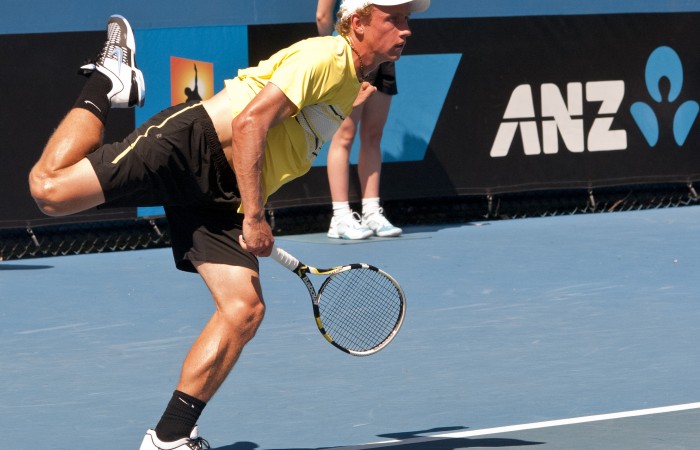 Gold Coast’s Maverick Banes, seeded fourth at the Tennis Wollongong Centenary International #2, made his second consecutive semifinal after coming back from a set down in the heat to defeat American Mitchell Krueger.

In a tight three setter, Banes prevailed 6-7(6) 7-6(3) 6-2, and will now look to go one step further when he takes on the tournament’s top seed Jarmere Jenkins, also a semifinalist in Wollongong last week.

Jenkins was a winner over the 18-year-old Aussie wildcard, Mitchell William Robins, 6-2 6-1.

In other quarterfinal action from Wollongong on Friday, Sydney’s Dane Propoggia continued his solid form this year, moving comfortably in the semifinals with a straight sets win over fellow Aussie Gavin Van Peperzeel, 6-2 6-1.

“I played really well today and got on top of him early,” Propoggia, seeded third this week, said of the match in which he fired ten aces and dropped his serve only once.

After moving his training base to Melbourne, 24-year-old Propoggia has had his best season in 2014 and is currently ranked a career-high No.326 in the world.

“A lot has changed for me,” he said. “I’ve put in a lot of hard work and it’s paid off in terms of my ranking.

“This whole year has been a big step forward. I’ve got a good team around me and I’m really enjoying playing tennis.”

Part of that improvement has come in terms of his consistency.

“I had a few good results but I never really backed it up,” Propoggia said. “Now I am just looking week-to-week and trying to continually improve myself.”

Most recently, Propoggia has made a semifinal appearance in Toowoomba and a quarterfinal in Alice Springs.

“Rubin’s been playing some really good tennis,” Propoggia said of his impending opponent.