Hit the Target is a new interactive game giving two lucky winners the chance to play on Rod Laver Arena with the world’s best tennis players in January. 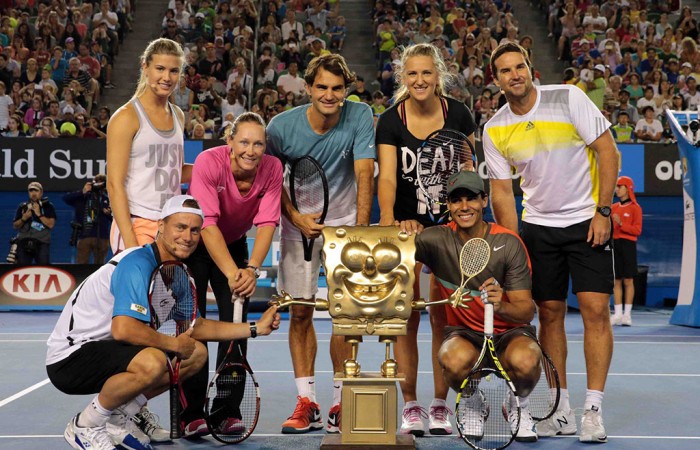 How good is your aim? Can you hit a tennis ball from the MCG, the Eureka Tower or a hot air balloon, into Rod Laver Arena?

Thousands of Australians are expected to jump online and play Hit the Target – a new interactive game that gives two lucky winners the chance to play on centre court with the world’s best tennis players in January.

The idea is simple: fire a tennis ball from one of three popular landmarks – MCG, Eureka Tower and a hot air balloon – and see if you can land it in Rod Laver Arena.

There are more than 1500 instant prizes to win including Beats headphones, iPad minis, Official Australian Open Wilson tennis balls, tennis racquets and the ultimate prize – a trip to Melbourne Park in January.

Tennis Australia’s Director of Participation Craig Morris is confident this game will broaden the tennis audience.

“This is a great way for people who don’t play tennis to still feel as though they are a part of the whole tennis experience, part of the Australian Open,” he said.

“Hit the Target is another pathway for people to get involved with tennis. Once they start playing the game, or are interacting with us on social media, then the idea of actually picking up a racquet and getting on court becomes even more appealing.”

Hit the Target is part of the AO Tennis Blitz, which encourages people of all ages and abilities to pick up a racquet and have a hit.

Every person registering for Hit the Target will earn 5000 points for their chosen town and the chance to secure an Australian Open 2015 player to support during the tournament.

Two hundred and fifty six towns across Australia will be aligned with a main draw player [128 men and 128 women]. The town with the highest number of points will choose either the world No.1 male or female player for their town to cheer on at Australian Open 2015. Subsequent towns will be alternatively matched to male and female players.

Hit the Target runs until 10 December 2014 – check out the below graphic to see how the game works.

To play, visit hitthetarget.aoblitz.com.au, and view the Hit the Target teaser video.

The AO Tennis Blitz and is proudly supported by Medibank and Hisense; keep up to date with all the latest news on Facebook, and on Twitter using #hitthetarget.