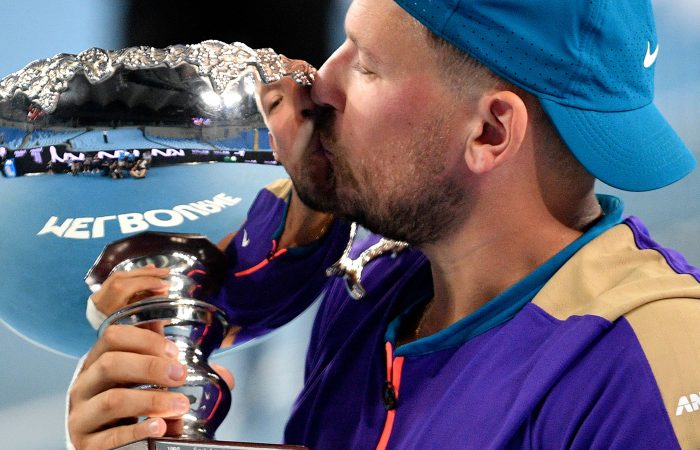 Tickets go on sale today for the Australian Open quad wheelchair final, which will be played at Rod Laver Arena on Thursday 27 January.

From just $29 fans can catch all the action during the Rod Laver Arena day session, commencing with the men’s doubles semifinals at 11.00am, then followed by the quad wheelchair final.

The quad wheelchair event commences on Sunday 23 January, with all earlier matches to be scheduled on outside courts and accessible to all ground pass and stadium ticket holders. All eyes will be on Grand Slam and Paralympic gold medal winner Dylan Alcott as he takes to the court in his final tournament.

“The wheelchair tennis event at the AO has become unmissable and has introduced fans around the world to this tournament,” Australian Open Tournament Director Craig Tiley said.

“This is in no small way due to the incredible performances of our own Dylan Alcott, who is hoping to end his career on a high at the AO in 2022.

“Dylan’s event, the AO Quad Wheelchair Championships, commences on Sunday January 23 and we expect big crowds to turn out for his first match as the fans follow him at his final tournament.

“The Australian Open was the first Grand Slam to showcase the final of the quad wheelchair event on centre court, and we hope to pack out Rod Laver Arena for this event in 2022 – who knows, we may set a record for the number of fans at a wheelchair tennis match.”

Dylan Alcott is training hard for his last tournament and can’t wait to engage with his many fans at the Australian Open, his home Grand Slam. The 31-year-old is aiming to end his career on the ultimate high and claim a record eighth consecutive AO quad wheelchair singles title.

“If wheelchair tennis is the hottest ticket in town, if I told you that a few years ago, would you have believed it?” Alcott said.

“This place (the AO) has set the tone for all the other Grand Slams, all the other sports. And you saw that at the Paralympics, it’s changed the game. I think we did that here, I really do.”

Tickets to the day session on Thursday 27 January start from $29. At the cost of a ground pass, they include Rod Laver Arena access.

> Find out more: Visit Ticketmaster to purchase your AO 2022 tickets