Andrew Whittington has advanced to the final of the 2014 Tennis Wollongong Centenary International, where he will meet Brit Brydan Klein. 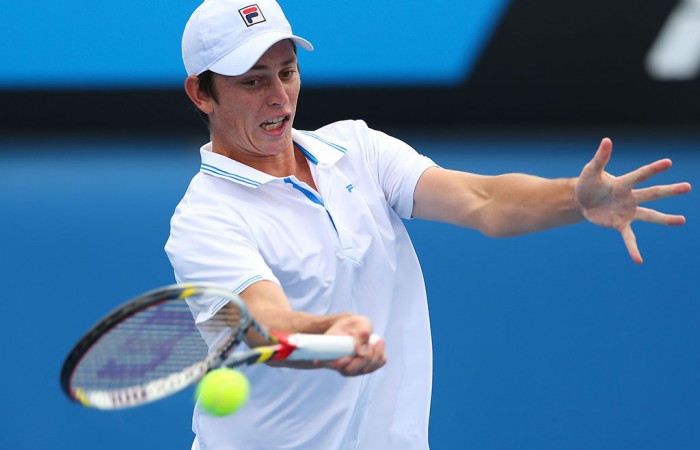 Melbourne’s Andrew Whittington has advanced to the final of the 2014 Tennis Wollongong Centenary International on Saturday, upending Gold Coast’s Maverick Banes in a topsy-turvy affair, 1-6 6-2 6-1.

After the sixth-seeded Banes took the first set without much fanfare, Whittington raised his level and a real battle ensued in the first few games of the second.

Able to wrest the advantage back his way, Whittington then seemingly went from strength to strength, closing out the match with relative ease.

“I knew I just had to stick in there and eventually I managed to get on top of him. I just rolled with it from there.”

The unseeded 21-year-old now plays British third seed Brydan Klein in the final, who also came from a set down to oust top seed Jarmere Jenkins earlier in the day.

Perth-born Klein started the 2014 Australian Pro Tour in fine fettle, taking the first title on offer in Alice Springs, and has looked the goods so far in Wollongong, dropping only his first set for the tournament in Saturday’s semifinal against Jenkins.

“I’ve never played Brydan before so I’m sure it will be an interesting match,” Whittington said of the upcoming final. “He’s playing well, so I will have to bring my best tennis.”

Whittington is clearly pleased with his week thus far in Wollongong after a year of fluctuating fortunes.

“There’s been some ups and downs,” he said. “But I have put in the hard yards and I feel like I’m into some good form.”

Whittington reached a Futures final in Chinese Taipei back in August, but on the rankings table, he has slipped somewhat from his career high of 368, which he achieved in January 2013.

On the flipside, he has established a formidable duo with South Australian Alex Bolt on the doubles court in the past year, posting results that include a quarterfinal appearance at Australian Open 2014.

Whittington says that kind of success has provided him with some invaluable experience at the top level – and he’ll no doubt be hoping to draw on some of that to help him clinch the title in Wollongong on Sunday.