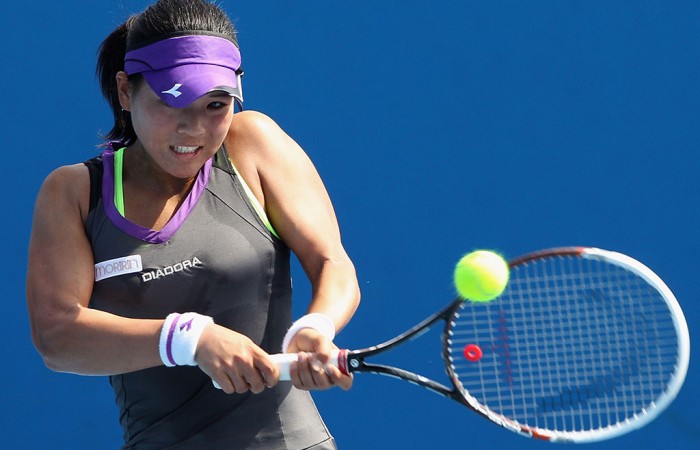 The 20-year-old from Kobe has had a stellar run in Bendigo, and always looked to have the edge over her opponent – herself a semifinalist last week – clinching crucial breaks late in each set.

Celik has been in fine touch recently, marked by her impressive quarterfinal win over West Australian Jessica Moore, who now finds herself an unenviable 5-0 against the Swedes during the Australian Pro Tour.

However, the day belonged to Ozaki, who after the match credited her physicality for her recent success, adding that today was a good win over an in-form opponent.

“I’m so happy to make the final again,” she said. “I’m really enjoying being in Bendigo.”

Standing in the way of her bid to go one step further in Bendigo is Fangzhou Liu, who defeated Zhaoxuan Yang 7-6(4) 6-1 in an All-Chinese semifinal.

Despite her lower ranking and unseeded status in Bendigo, Liu has defeated Ozaki in their only previous meeting; a straight sets victory on clay in China back in 2013.

Liu also squeezed out Ozaki’s compatriot and top seed Misa Eguchi in a thrilling third-set tiebreak in their quarterfinal encounter on Friday.

The final of the 2014 Bendigo Tennis International will take place at 11.30am on Sunday.