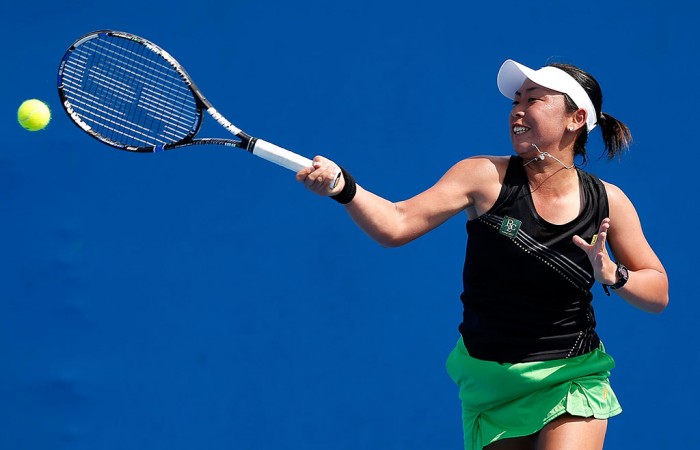 “It was a tough match today,” Hozumi said. “It’s harder to play a good friend.

Despite her lower ranking, Ozaki, seeded third in Bendigo, led the head-to-head battle 2-1 prior to the final, having beaten Hozumi in their last encounter in 2013 in straight sets.

However, in a match which saw 15 breaks of serve and fluctuating fortunes for both players, it was the top seed Hozumi that eventually found the edge, taking a decisive lead early in the final set and never looking back.

On the previous day, the semifinals had provided an interesting Fed Cup-style backdrop with Hozumi and Ozaki both playing Swedes. In a clean sweep for the Japanese, both women came through, with Ozaki providing the upset (of sorts) against second seed Rebecca Peterson, who was forced to retire midway through the second set after Ozaki had pocketed the first.

Hozumi seems at home in Bendigo and will now shoot for two titles in a row with a second title on offer this week.

“I like Bendigo. The people are really great. Very kind,” she said.