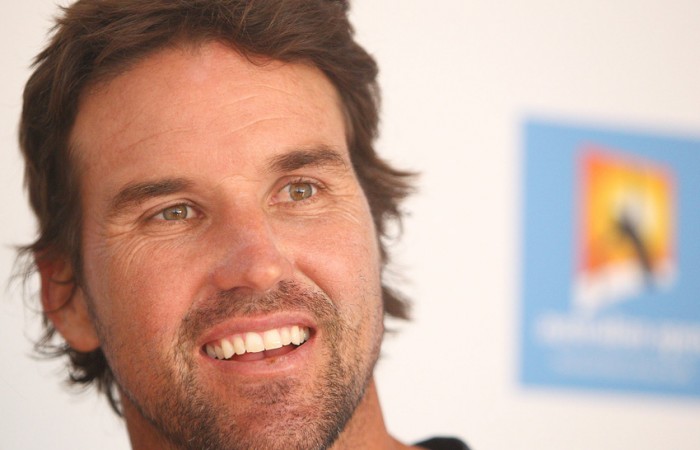 The role is effectively the most powerful role in professional tennis ranks in the nation and reports directly into Tennis Australia CEO Craig Tiley.

Rafter will start in the role on 1 February.

“It’s a challenge I am really looking forward to. There is so much I can learn but also a lot I think I can contribute. It’s exciting. I feel the time is right to step into this role and help us take the next step,” Rafter said today.

“I think about it all the time. What can we do better? What can our kids be doing that can make them better than any of the kids from other countries? What more can they do to be the best? I would like everyone to know that I am not coming into this role early next year saying that I have all the answers. Far from it. I am going to take my time, listen, watch and learn. But I also think there is a lot I have gleaned from years on the tour being around a lot of great players, coaches and people that can help us get better and better.”

“It is extremely rare for one of the greats to take on a role such as this. In fact this could be a first,” Healy said. “That just exemplifies Pat Rafter the person and this great Australian’s commitment to the sport of tennis.”

Tennis Australia CEO Craig Tiley is delighted to make the appointment but asked the public to give the new Performance Director time to settle into the role.

“Pat is an outstanding person, strong leader and terrific mentor. His principles and personal ideology align very strongly with what we want young Australians to achieve in world tennis,” Tiley said.

“What he has already done with the Davis Cup team is a credit to his leadership and we have high hopes for him in this role. It is a high pressure role, which is why we have taken a long time to get it right. Indeed he has been performing a significant part of it already as part of his Davis Cup responsibilities.

“While pressure is certainly something Pat is used to and handles well, I would urge our wonderful tennis loving public to give him time and room to get into this role and do it his way. Because he has shown that his way works,” Tiley explained.