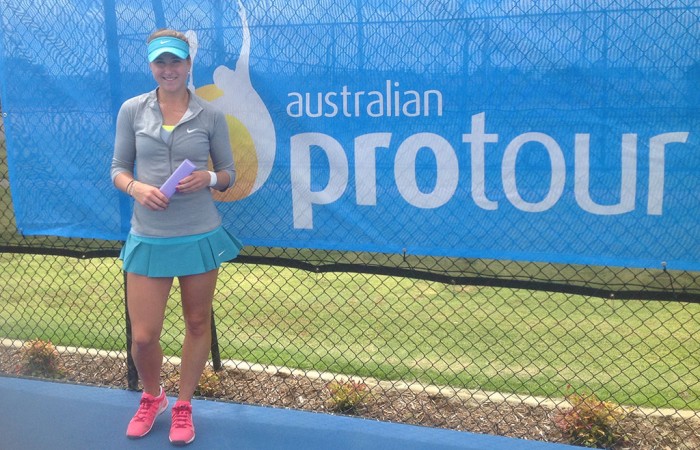 The Swedish second seed made short work of her Japanese opponent to win 6-3 6-0, taking full advantage of the windy weather which has been a feature of the Burswood State Tennis Centre all week.

“The conditions were quite tough today but I think I handled it really well,” Peterson said after the match.

Peterson was last in Australia playing the junior event at Australian Open 2013.

“It’s definitely nice to be back,” she said. “I really enjoy being here.”

A Swede has now competed in each of the women’s finals on the Australian Pro Tour this spring, with Peterson’s compatriot Ellen Allgurin reaching the final in Cairns and winning the event in Toowoomba.

“We’ve all played together for a long time. We’re a good team here,” Peterson said, referring to herself, Allgurin and the third member of the Swedish travelling party, Susanne Celik.

Peterson now travels to Margaret River and on to Bendigo, ahead of the Australian Open.

“If all goes well, I will compete in qualifying,” she said of her hopes at Melbourne Park.

As one of the in-form Swedes on the Australian Pro Tour so far, an opportunity to qualify for her first Grand Slam appearance may well be on the cards.