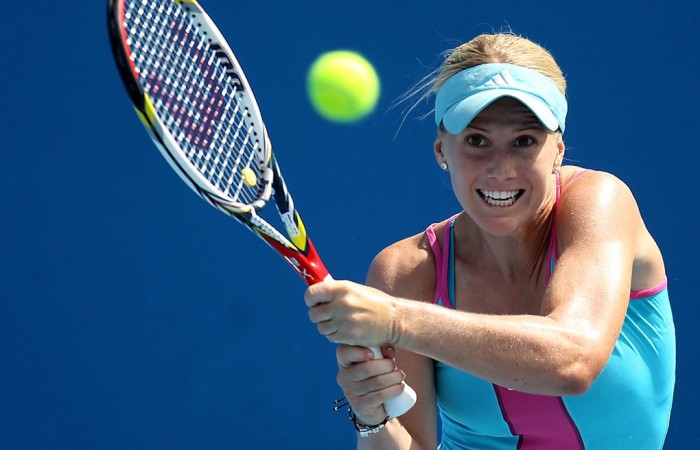 Local tennis fans will have the opportunity to attend the free event and watch the likes of Kuwata and second seeded Alize Lim (FRA) along with a crop of up-and-coming tennis stars from Australia and around the world to compete for $25,000 in prize money and valuable world ranking points.

Kuwata will face strong competition from international competitors including Rebecca Peterson (SWE), Stephanie Vogt (LIE) and Risa Osaki (JPN) as well as home-grown crowd favourite Jessica Moore (Williams, WA) who is making a solid comeback to the circuit after almost 12 months out of the game.

Moore will be joined by top Australian female talent including eighth-ranked Australian Monique Adamczak (NSW), Isabella Holland (QLD) and Commonwealth Games gold medallist Sally Peers (VIC), who will both battle it out in the qualifying rounds of the tournament.

“It’s fantastic to see such a strong field for the Margaret River Tennis International. These events provide a chance for Australian players to play top quality professional tennis, and allow the local community to get close to the action free of charge,” said tournament director Loretta Hughes.

Hughes also praised the Shire of Augusta Margaret River and the Department of Sport & Recreation for their ongoing support and encouraged the community to get behind the future of Australian tennis at the event.

“Following last year’s success, we hope the local community can once again head down to watch our country’s up and coming tennis stars take their next step onto the global tennis stage at this free community event,” she said.

Margaret River Tennis Club President, Chris Jarrot, said the club and local community has a great appreciation for the event, and is excited that the tournament is once again back in Margaret River.

“The Margaret River Pro Tour provides a great opportunity for all tennis lovers and members of the community to watch some quality tennis players in action. These are the superstars of the future, and everyone has a chance to see them up close and personal, and for free,” said Jarrot.

From 28-30 October, the tournament will host community activations and tennis programs with local primary schools, as well as free adult coaching programs and cardio tennis sessions, which are open to all members of the public.

As well as watching top quality tennis, the community will be able to try ANZ Tennis Hot Shots, watch a Cardio Tennis demonstration or have a go at the Speed Serve.

Qualifying will begin on Sunday 26 October and the main draw on Monday 27 October with play commencing at 10am each day.

The Margaret River Tennis International is part of the Australian Pro Tour, a series of professional tennis events that bridge junior events and the ATP/WTA Tour, providing an opportunity for players to earn their first world ranking points and compete against top 200 world ranked players.